Aliens Have Rights, Too — Don’t They?


A thought emerged in my mind recently that at first seemed quite absurd.  As I’ve mulled the idea over for a while, it doesn’t seem quite so “out there” as it did.  See what you think: 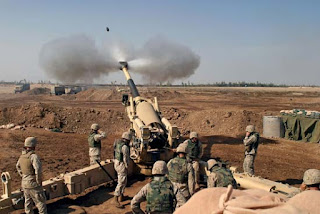 On the battlefield there is a protocol: the enemy is fair game; if he or she intends me or my side harm, then I am at liberty to take his or her life — immediately.  No committee meeting necessary to give me the go-ahead.


Off the battlefield there is an assortment of ways to handle the taking of human life, ways that have changed from time to time throughout history.


Historically, European kings and queens took to themselves the right to judge whether or not a subject should live or die.  If necessary, trumped-up charges of treason could be applied to various wives and courtiers, resulting in the loss of a head at dawn the next day.


Convicted pirates were granted an immediate hanging wherever they were found by officials of the British Empire.


When the American Colonies were being founded, the life of the Native American had little or no value for the longest time.  Scalps were taken and traded freely.


In the American northeast a woman (usually) could be hanged, burned or drowned for being unable to disprove the charge of being a witch.  Often the taking of the woman’s life was granted by a jury as the result of a short trial.  Many times the life was freely and quickly taken at the whim of villagers, quick to quote the Bible and unwilling to “Suffer a witch to live.” Exodus 22:18.


In the southern states of the USA the life of the slave was at the mercy of his or her owner.  If the owner deemed it necessary, the slave could be awarded the original meaning of the word for letting an employee go — he or she was terminated, and perhaps died on the spot, by bullet, beating or hanging. 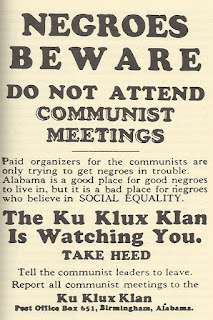 In the same southern states — in my lifetime — black people, young and old, men and women, were lynched (hung by a rope thrown over a tree limb) or pulled apart by wild horses for the minutest of causes with or without proof of guilt.  This so-called “justice” was swift and often without right to appeal.  If someone had a rope, it was used — right away. Law enforcement officers were often guilty of turning a blind eye to this practice.


In much of the Middle East — TODAY — a woman may be stoned or beaten to death ON THE SPOT as a result of ANY accusation from a man who testifies that she did something irreverent or blasphemous.  Homosexuals, or others accused of deviant behavior, are often seen hanging by the neck from makeshift gallows in centers of commerce.


In the civilized world, the wanton taking of life is not now so easily achieved, and the death penalty is slowly being stricken from the books of justice — at least for now.


So here’s where my thoughts took what I considered to be a strange turn:


In past decades, The Gospel According to Hollywood depicted the arrival of aliens from other planets as a thing to be feared.  The aliens were here to take over.  Bodysnatchers would inhabit our bodies if we went to sleep after their arrival, etc., etc.  The life of an alien, in the movies, could be taken without hesitation.  Allowing the alien to live would have placed the people of earth in peril.


Lately, from time to time, a movie or TV program hits the screens that portrays the visiting aliens as beneficent to the human race; all these modern other-worldly tourists want to do, says Hollywood, is help us make our planet a better world.  They want to ease our social problems and help clear up rampant sickness. 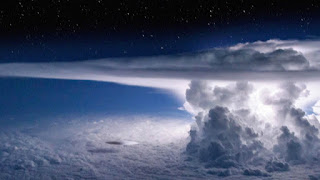 You have to wonder, is there a law on the books protecting the rights (if they would actually have any) of visiting aliens?  Or, since they aren’t even human, is the life of these visitors deemed of no more value than the subject, the witch, the slave, the woman, or the Afro-American?  I guarantee you, a peon behind someone in one of the big chairs has drafted a protocol for how to handle this anticipated eventuality.


You may not have given much thought to how the world should handle the arrival of so-called visitors from other worlds.  You may subscribe to the shrinking contingent of believers in the notion that planet earth contains the only life forms in the universe.


On the other hand, you may see the UFO phenomenon as a manifestation of evil spirits, pretending to be friends, but bent on the quiet destruction of the inhabitants of our Godly Creation — a theory I presently subscribe to.


Congratulations if you’ve read this far.  Now try this next small section:


For me, the whole notion of alien equality is really “out there.”  But judging by the craziness portrayed in the daily news, it won’t be long before we see a whole slew of new crazies coming out of the closet claiming to be from another world and demanding equal rights to life and welfare and more.  Then they’ll announce that their “brothers and sisters” are due to show up anytime soon, and that we should prepare ourselves to meet them.


Sound ridiculous?  Yes, it does … just like the reports we see right now on the evening news, reports that we never imagined we would be seeing, reports that I suppose even Hollywood is having a hard time keeping up with.

Alien equality is just going to be the next chapter. And beyond that ... even stranger.

Occasionally a line from a popular song takes on a life of its own and lingers long after the song's writers and singers are long gone  The song I'm thinking of right now appeared in the sixties and is entitled "If I Ruled the World."  The song has been sung by many big names, and has enjoyed success beyond the writers' wildest dreams.  maybe you know the song (the lyrics appear below).  The song was popular when I was a boy and, like many of the songs of our childhood, did much to shape the gray matter between my ears.

You get the idea.  My view of a perfect world might be someone else's idea of hell.

So if I were in a position where I could "make the world a better place," what would give me the right to decide what "better" actually means?  Surely some things we could quickly agree upon: feed the hungry; end the wars; be more environmentally aware.  Sure.  But beyond those, what exactly is it that makes for a better world?  I mean, some people are, believe or not, quite happy being at war.  Dumping cigarette butts and candy wrappers out of the open car windows seem to be a delight for some of the planet's citizens.

It gets deeper.  Many of us are happy to be on the receiving end of charity, but not so quick to dish it out.  Many people are happy to live off the fruit of the labors of others — "You go to work ... I'm going fishing."

The world we live in has legitimate needs, clearly.  But on a very basic level, people have needs too.  We all need food, clothing and shelter.  But we aren't just animals; we have greater needs.  We need a purpose.  We need hope.  If we allow ourselves to think about it, we see that we have vision, on all kinds of levels, from our youngest days to our last.  Many of us go into the grave when we're out of time, not when we're out of ideas and plans.  This is what makes us human and alive.  This is what makes us different from the cat or the dog lazing in the sun.  We are set on this corner of the universe as caretakers, or better said — care-GIVERS.

Here's an idea that could easily be argued against: the duty of man is to care for his or herself, his fellow man, every creature on the planet, and, dare I say it, the very world that gives him or her any existence at all.  We are all made from the same stardust, consuming the same starlight, drinking the same Hydrogen and Oxygen and breathing the same air and all that it contains.  All of us are floating in this boat adrift on a vast cosmos with no obvious or apparent compass (could develop that thought, not right now though).

• As soon as possible, educate people regarding our physiology—what makes us work and how to keep things going.

• Educate people regarding the biology, ecology and mechanics of the natural world around us.

• Teach people how to produce for their own needs and a little bit extra.

• Teach people the mechanics of the celestial world above us and of which we are a part.

• Encourage people to acknowledge the idea that a Being with vast intelligence and creative ability has been responsible for the existence of everything that drifts into the range of our senses.

• Help people realize that the random world (the one we live in — between the very big and the very small) does not always work in our favor: the weather is out of control; there are geological problems; atmospheric problems; occasionally large rocks from "out there" drift hurriedly into our world and cause devastation, the evidence of which is scattered across the surface of the earth.

Someone says, "Who's going to teach them religion?"  Hmmm, there's a tricky question.  By religion, you mean, a framework of doctrines regarding the Being mentioned above.  Honestly, I don't know how to include religious or philosophic ideas into the nuts-and-bolts world we live in.  Religion involves conviction.  Conviction is difficult, if not impossible, to teach in a classroom.  Conviction settles into the seat of our being, the seat that gets us out of bed in the morning, that trundles us off to work in the city day after day, that marches us off to war and to a battle that might not be won.  Conviction enables the martyr to sing amid the flames that will snuff out his or her mortal life.  Conviction is different from staring into the eyes of inevitability.  Conviction drags the boxer off the canvass in the eleventh round and sends him to victory in the twelfth.  Conviction pulls the tennis player off his seat to win the match in the closing games of the fifth set.  Champions "believe," but that belief cannot be taught in the classroom or during practice; belief and conviction cause their owners to see something that has not yet appeared to them.  Religion is tricky, because its pupils can be abused by its teachers.

Suppose I rule the world and someone has a different ideal than mine?  What if convictions and beliefs other than my own are suggested and espoused?  I'm in charge.  I'm the ruler.  What am I going to do with these dissidents threatening my perfect world?

Very quickly we realize that being the one in the Big Chair is a very scary notion; a role that Man is perhaps ill equipped to play.

Check out the song lyrics:

[Bridge]
Every head would be held up high
There'd be sunshine in everyone's sky
If the day ever dawned when I ruled the world
Posted by Tony Harriman at 5:09 PM No comments: