"The Sound of Music" 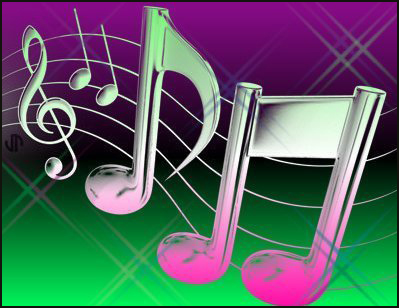 Anyone who knows me even a little bit will realize that I am somewhat of a music-lover.  I enjoy music in my life; all kinds of music.  Well, perhaps not all kinds, but certainly a fair smattering of music from around the globe.  For many years, every time I have visited a foreign country, I have tried to bring back a CD containing some of the traditional local fare of music; not what's currently in the pop chart, but the kind of music the locals think of when they try to "picture" in their ears what their country's music sounds like.  In my collection I have music from, to name few, Greenland, Slovakia, Malta, India and the Caribbean.  Some of it I like better than others, but I appreciate it all.

Growing up as a child in London, I and my little playground buddies were very familiar with the music of the Beatles, and many Beatle tunes and lyrics are still very familiar to me.  You have to imagine that, as a child, I had a very simple picture in my mind as to what the lyrics meant.  I didn't, for instance, paint any of the songs with a "Dark" paintbrush; that is to say that Eleanor Rigby was a song about the characters being named; Penny Lane was a song about a road in Liverpool (which I have actually visited), etc., etc.  So when these songs are played in my hearing today, my mind takes a quick journey through time and lands in a world where ALL of the people I have loved are still very much alive and well; things all of a sudden are painted with "simpler" brushes; any pain I might have to deal with can be fixed with a little antiseptic and a Band Aid.  These are the images that fill my head when the music plays.

Many of us have had the experience where we find ourselves singing along when the playing of a song floats into our ears.  It's almost impossible to not join in with a chorus that is familiar to us.  We might not know all the right words, but singing along, even in our heads, is something that can be easily done while we are also engaged in any number of other things.  That's interesting to me.

The appreciation, or distaste for, music is a very subjective emotion; and I think "emotion" would be the right word.  Not all music shares the same devotees, and that's okay; we don't all enjoy classical music, or folk music, pop, rap.  There are lots of different styles of music, and if the type you like doesn't exist — well, then, just create it; it's waiting for you to give it life.

This short writing is not meant to be a critique of the many different styles of music, or a condemnation of the lifestyles of many musicians, so if you're looking for information to use in a Pop-bashing Seminar, here would be a good spot to exit.

However, I would like to share an observation that I've thought about for a while.  It goes something like this: Music is everywhere — whether you want it or not.  Just about every public place is offering up some form of music or muzak.  Often times it's called elevator music, because it's even playing in the ….  Well, you get the idea.  Turn on the radio and you expect to hear music playing, but it's even playing behind the ads.  Turn on the TV and it's the same.  Next time you're watching the commercials, if you have such a notion, count how many commercials are advertising products without the use of music to carry them along.  Walk through the shopping mall with your ears open; Sit and listen in any one of a thousand waiting rooms.  Then I challenge you to look around and count how many people do NOT have some device plugged into their ears.

I don't for a minute think there is any dark intent on the part of the people who "manage" public trends, but, seriously, if someone in charge of "controlling" the masses hasn't recognized the potential of music for preventing people from "thinking," then they have missed a serious opportunity.  I have friends who see the inroads of Communism and Socialism in the agendas being put forth by various politicians around the world, but don't seem to have noticed that a potential exists of our own creating.  If the Communistic powers-that-be can simply stop the people from "thinking," then half the job of takeover is done.  I hate to hear myself saying this, because I really do enjoy the presence of music in my life, but from time to time I would like to hear a little more silence, so that I can take the time between my ears to sort out some of the bigger issues like how to keep my kids safe; how I can plan for the future.  Simply put, I'd like more space to think about things that matter.  I'm not so interested in a constant diet of boyfriend, girlfriend, party time, wife running off with the truck and the dog, drinking beer and going fishing, as important as these may be to the people affected.

All the while a song is playing with which we are familiar, we have very little choice but to sing or hum along.  Even if you know nothing about it, the spaced repetition of the song guarantees that you will at some point be familiar with the basic melody.  And once that happens, your thinking will be limited any time you are out in public.  I know it sounds radical, but a simple test you might consider applying to yourself is to try and calculate any math formula in your mind — not on paper — while you are exposed to music in public.

At the time of this writing, a 14-year-old Pakistani girl is lying unconscious in a hospital bed in Birmingham, England, having been shot in the head by people who are afraid of a blog she shares with anyone who cares to read it.  The blog criticizes the interference of the Taliban in the affairs of Pakistani public education, among other things.  The Taliban see no need for the education of young girls, and they are afraid of this brave youngster — because SHE … is not afraid of them.  Forgive my candor, but given the time to "think," any one of us might be stirred just enough to try to find a sensible, enduring way to put an end to this foolishness being dished out by emotionally insecure Middle Eastern and Asian males.  But for now our heads are full of our favorite sport, our favorite politician, our favorite country, our favorite music, and on and on and on.  As long as it doesn't really matter, THAT seems to be what we are being geared to think about.  The health of our minds, our bodies and our souls are given very little attention by most of us.  If we wait for the mainstream media to start looking out for the things that REALLY matter, we'll have to wait until the trend becomes profitable, because right now there appears to be very little profit in reporting on anything that amounts to more than a hill of beans.

Perhaps I should take a page out of my own criticism, and put into practice the advice above: if it doesn't exist — create it, just like making that music we want to hear.  Perhaps we shouldn't have to wait until someone gets off the couch and does something that matters.  Perhaps it can start with you — with me — whoever.  'Cause if someone doesn't wake up, we're all gonna drown in the sewage being pumped into our eyes and ears.

This short post started out as a piece on music, but has developed into what amounts to the possible exposure of a conspiracy to shut down the human mind from asking questions.  Not sure how I feel about all that.  That's not where I was headed at all.

The United Negro College Fund adopted a slogan a few years ago which ran like this: "A mind is a terrible thing to waste," to which I say a hearty "Amen!"  Once it's gone, it's gone, and it will never come back.  One day we're all likely to get old and, in spite of our best efforts, feeble.  While we have a mind is clearly the best time to use it — right? 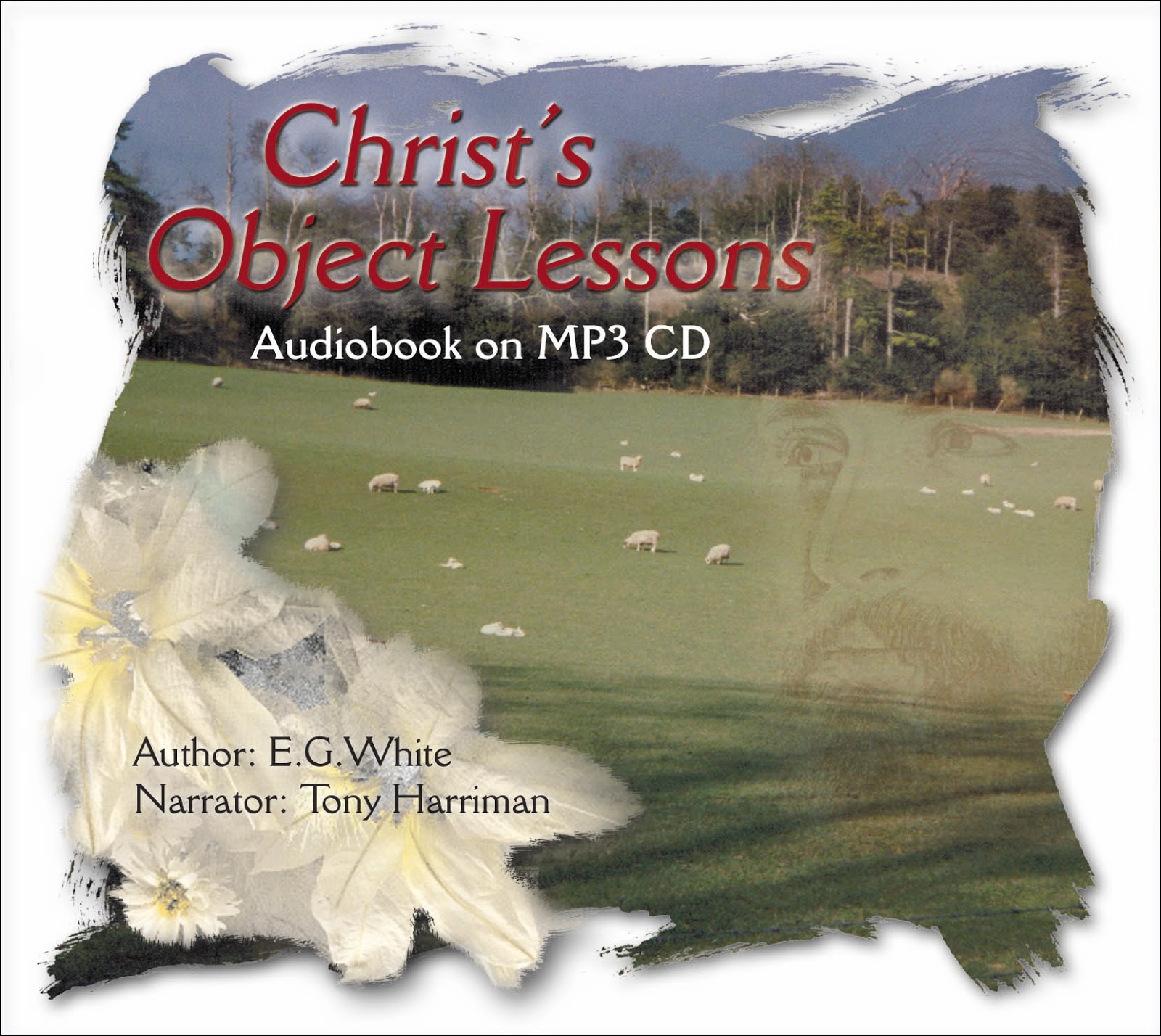 Click Here to purchase single MP3 CD; Listen on your computer, or transfer the files to your digital player – $12.95.