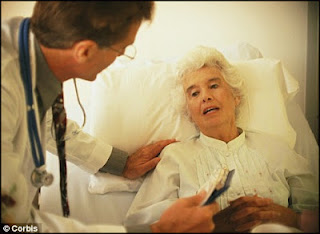 "Would you like to be healed?"  Wouldn't that be a strange thing to ask a person?  I mean, who wouldn't want to be healed?  Picture some of the people in your own family orbit struggling with an ailment that just will not let them settle.  You know the afflictions, and you know the pain associated with them.  Can you think of any one of your family members who would be inclined to respond negatively to that question?  Can you hear a single one of them honestly saying, "Thanks, but no thanks."  I suppose there are some who are happily surviving off their meager welfare check; but I venture to guess that most people would leap at the opportunity (if I can put it that way) to renew a lease on a life which had been ripped from their grasp.


The historic scene is played out beside the Pool of Bethesda.  Many, many sick and injured are lying on their rags waiting for the legendary stirring of the water when an angel should cause the healing of the first person into the pool.  Jesus happens upon a man who has lain thus for thirty-eight years — thirty-eight years!  Anonymously, Jesus walks through the crowd and singles out this seemingly hopeless case, who has not even a friend to help him into the water should the stirring begin.  Without showing even a business card of introduction, Jesus asks the man if he would like to be healed.  You remember how the story goes as the man explains that no one is there to help him should the angel show up:  "Get up.  Take your bed and go home," says Jesus.  And as Jesus slips away into the crowd, still unannounced, the man does exactly what he was told to do; he took up and walked, the story says.  He walked until he was spotted by the church police who couldn't help but notice he was illegally carrying his bed on the Sabbath day .  But that's another story ….

In the world of sales there comes a moment where the prospect must be "qualified."  Does he really want the product?  Is he able to actually perform that which is necessary for obtaining it?  The man indeed qualified in need, and his desire to be put into the pool illustrated his earnestness to receive that which he came for.  And Jesus knew this.  The story plays out that even though he had no clue who Jesus was, yet the transaction took place whereby the man's desire and hope were given wheels and a drive train.  In short, he was healed — in a single breath.

For many years it has been somewhat perplexing to me that we don't see this kind of healing from Jesus' followers like was seen in the early days of Christianity.  Oh, I know … go to the right church and pay the fee, and you'll leap out the church door with broken crutches.  Forgive my skepticism, but I would like to see some of these holy healers walk through the wards of any one of a thousand children's hospitals across the nation.  Let them visit the infants who have lost every hair on their bodies because of the administration of radiation and chemicals and who knows what other drugs.  Don't talk to me about paying for healing.  And don't talk to me about how only those with faith in Jesus can be healed.  The man in the story above had faith in the Pool; he didn't even know who Jesus was at first.  Lazarus was four days in the grave; what kind of faith was being exercised by Lazarus?  Even Lazarus' family chided Jesus for showing up "too late."  "Lazarus is stinking," they said.  Forgive my irritation.  I guess I'm just as ticked off with myself for having the same attitude.

Some years ago I was working at a restaurant in the West End of London.  The food was vegan/vegetarian served buffet style.  My responsibilities included greeting the customers as they came in and making sure they were charged accordingly for what they took from the buffet.  Over the five years I worked there I became acquainted with people from all walks of life that you might imagine living in and around the City of London.  There were rich people, poor people, and all classes in between.  And looking for some kind of cure came the sick people — some famous … some not.

One particular lunchtime saw the return of a young lady, a pretty little thing probably in her mid-twenties, who had been injured (brain damaged) in a car accident.  The restaurant was in the basement of the building, so her nurse, a slightly older lady, had to manoeuvre the girl's wheelchair down a flight of stairs.  I don't always let on, but I'm observant of things that interest me, and I had watched this couple a handful of times before as they tried to enjoy lunch.  The injured girl had very little control of her hands and had to be fed in small spoonfuls, and even these she sometimes choked on.  This one particular day I greeted both young ladies and respectfully held the hand of the girl in the wheelchair … and my heart literally broke for this awful fate that was hers.  The girl could sense the hurt behind my smile and would not let go of my hand.  She couldn't speak — ever, so she said nothing.  As if she were rising out of a deep sleep, her eyes drifted for those few moments, and then, as if with determination, her eyes fixed occasionally on mine.  The human connection wasn't awkward and I didn't try to pull away, but the nurse eventually loosened the girl's grip.  If I said anything to the young lady at the time, it wasn't memorable and wouldn't be worth repeating.  It was one of those moments in my life when I have felt absolutely helpless; like when the dog or the cat brings home some small animal which is still alive; you rescue the poor creature only to have it finish its life in your gently cupped hands.  All you can do is watch.  I cannot adequately put the experience of that day into words.

I am a man of moderate faith in the things I cannot see, and I believe that God can do anything; but on that day in London I found myself convinced that God would not answer my prayer of healing for the young lady in the wheelchair.  I'll take a risk and bare my soul a little here: An incredibly loud voice in my head was yelling for me to put faith in God and wrench this girl from her condition, but the memories of many of the failures of others prevented me.  I pictured her bounding her way back up the stairs to a life returned, leaving the nurse and me to deal with the unneeded wheelchair.  But it wasn't to be.  Though that was the last time I saw either of them, I have thought about that visit many times.  I guarantee you this, if God should one day be looking for someone who would be willing to anonymously drift from town to town with the power of healing, I should like to volunteer for that job.  And I would track down that young lady, and others like her, and make many a wrong … right. 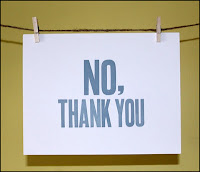 Can you actually imagine anyone responding to the call of Jesus with, "Uh, no thanks; I'm happy with the way I am."?  Surely no one who had an ounce of their right mind left would respond in such a way.  So why would Jesus ask such a question in the first place, "Would you like to be made whole?"?  Perhaps it was just out of plain old respect.  Jesus has never struck me as being someone Who would outstay His welcome, or barge in and perform some miracle without permission.  Hold on, though.  How about the demons being cast into the pigs, and those pigs throwing themselves off the cliff?  What was all that about?  I have no idea right now, except to say that's what they asked for.  Perhaps we'll dig into that some other day.

If someone should show up with a genuine power of healing, and should come by my door, he or she would not leave alone.  There are many folks I know who, for no fault of their own, are living a life of pain and despair — a life they don't deserve.  And I know right where they live.  So that healer had better buckle up; it'll be a busy week … or more.