"God Is In Control!" 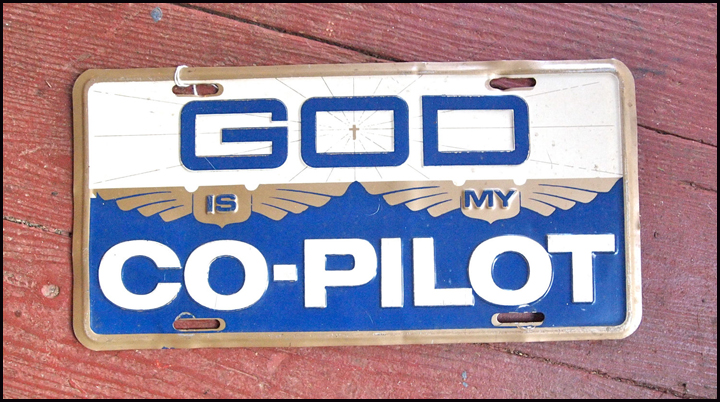 A time or two I've been driving and have spotted a bumper sticker stating, "God is my Co-pilot."  I guess I really never paid much serious attention to the sentiment … until a car passed me on another occasion emblazoned with the idea, "If God Is Your Co-pilot, You Should Switch Seats."  This kind of traffic banter makes us smile from time to time; but it also gets us thinking.

Many of us would like to think that God has His hand on the wheel of our lives, exercising total control.  But we're not sure who to blame when things go terribly wrong.  Was it my fault?  Did I take the wheel when I shouldn't have?  Does God not care about me anymore?  Make a stupid choice, and you have only yourself to blame.  But what about things that are out of your control?  The insurance companies are in agreement with each other regarding the calamities of the natural world.  Something bad happens and they all join the chorus: "It was an act of God," as if God happened to be pacing the floor in some celestial laboratory experimenting with the laws of physics, and, "Oops, My bad.  I'll send a crew to help you get that cleaned up." 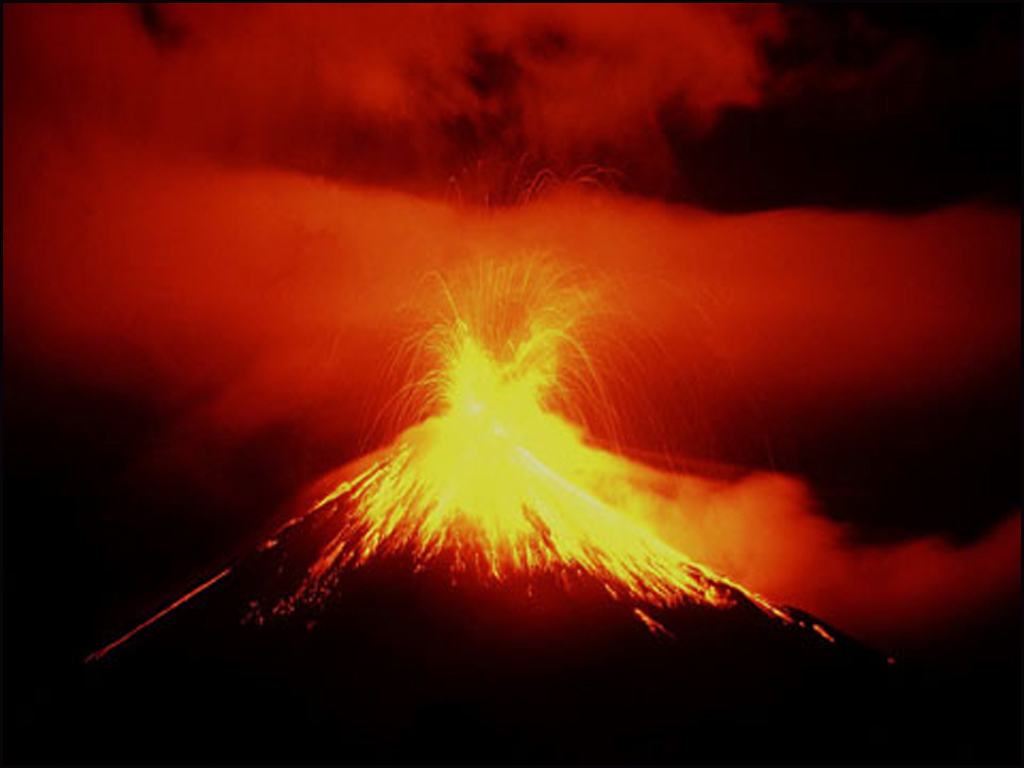 The person who believes in God rarely finds any real assurance as to why this or that awful event made its way into the news.  And it seems to me that the expression, "God is in control," is most often settled upon when we have no reasonable solution for some terrible thing that has happened.

• A string of tornadoes hurtles across the southern states of the USA, scattering homes and lives across the countryside.  "God is in control."

• A hurricane blows in and takes out half of Louisiana.  "God is in control."

• An earthquake buries a huge portion of the Chinese population.  "God is in control."

• Airplanes are purposely flown into our skyscrapers.  "God is in control."

• Yet another child (an infant) is diagnosed with Leukemia, and given only months to live.  "God is in control."

• One more crazed lunatic with a gun goes on a rampage, leaving a pool of blood in his (or her) wake (thinking of the 16-year-old Los Angeles girl who didn't like Mondays).  "God is in control."

The catalog of pain goes on, and I'm sure, like me, you've assembled your own "Wish List" of things you'd like to see the back of.

Have we ever stopped long enough to actually ask ourselves … what exactly is it that we think God is in control of?  The words fall off the tongues of souls with listless eyes, staring into space as they consider the scale of the carnage with which they are surrounded.  But is God in control of the hurricane?  The earthquake?  The pilot?  The disease?  The gunman?  Or do we feel He only has control of how far the disaster may spread? What exactly is it that we feel God is in control of?  If you've never asked yourself that question, I reckon that one day you probably should.  And hopefully before you walk out of the church doors for the last time.

I have friends and loved ones who had to bury their family members long before time, and I have heard them say those very words, "God is in control."  The belief they have settled upon is that God laid their loved ones to rest, possibly to save them from something awful down the road, something that may have cost them their soul.  Well, that may indeed be the case; but I have a sense that if the will of God were to be truly exercised, the sick would not have died — but lived — all of their natural days, and the strength be given to resist the temptation that would cause them to toss in their soul as a losing wager.

When Jesus was here on the planet I expect things could have turned out very differently beside the tomb of Lazarus.  The announcement might have gone something like: "It's good that Lazarus should die like this; he was a good man and will surely come up in the resurrection of the righteous."  But that's not what Jesus said, is it?  His words were totally contrary to what the family of Lazarus was expecting.  In accordance with their belief, what they said to Jesus was, "If you had been here, this wouldn't have happened."  Sounds a little bit like the kind of blame we hear being cast around today.  "Where was God?" shouts the accusation of the newspapers. 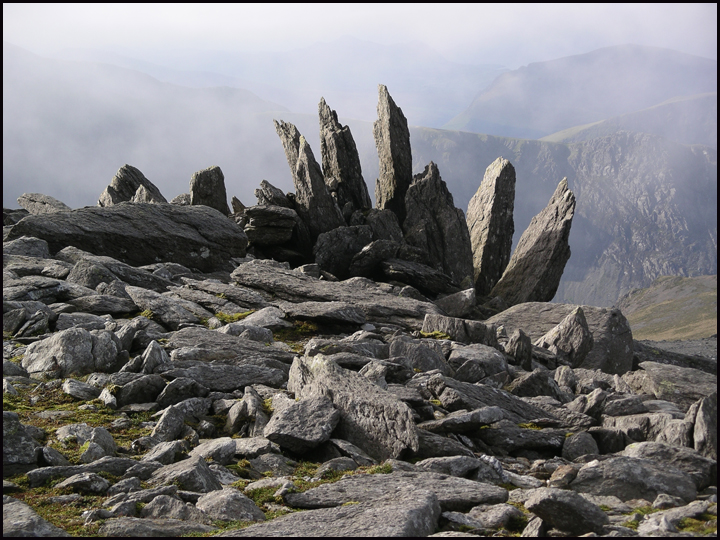 When we try to sort out how we understand God's part in the affairs of man, we find ourselves between a rock and a hard place.  What I mean by that is this: If we say that God is in control of every aspect and choice of our lives — good and bad, we run up against the ability of man to exercise free will.  But if we say that God is in control of only the outcome, then we find ourselves supporting the doctrine of predestination, which, by the way, only a relatively small handful of human beings actually believe.  I suppose at the end of the day a lot more time should be given for the discussion of the difference between "causing" something to happen, and "allowing" something to happen.  In my book there's a big difference between pushing the runaway vehicle over the cliff, and getting out of the way, making no attempt to stop it.  Perhaps we'll talk about that some other time.

There is a possibility that God has taken a giant leap back from what some might call "interfering" in the lives of us earthlings.  Just like when parents hear the words from their children, "I can do it; I don't need your help."  There comes a moment in the life of the child when a parent must have permission before they make an attempt at fixing something which has gone horribly wrong.  A dutiful parent watches the match-up … but stays respectfully on the sideline … until some serious Band-Aid application is needed.

Even Old Man Job witnessed events that received no assistance from God.  Each disaster played out till it could go no further; and only then, when the lie of the devil had been laid to rest, did God restore to Job what he had lost — and more.  Perhaps this Old Testament mini-movie is illustrating to us that God leaves certain things alone … until he can restore ALL things.  Perhaps (just thinking it through) God cannot fix things for ALL of us, so He fixes things for NONE of us.  Deep down I don't believe that, but I have to be honest enough to consider the possibility.  That concept might help us understand why we don't see the general moving of the Spirit of God on "Main Street."  What I mean is that I'd like to see the "Holy Healers" come out of the church doors and get into the hospital wards.  If Jesus were here today, I expect we would find find Him wandering the unhallowed halls of our medical institutions — on a very regular basis. 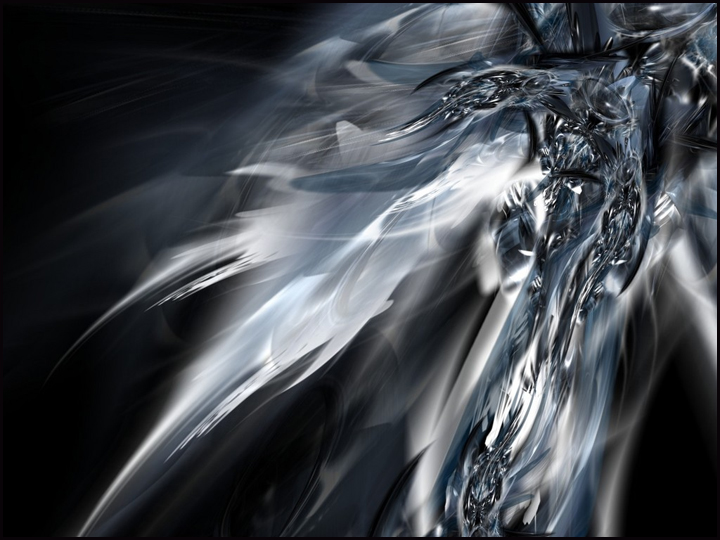 As a teenager I was introduced by the town magistrate to the expression, "God helps those who help themselves."  I can see some wisdom in that thought, but I believe the reality goes a little further: "God ESPECIALLY helps those who CANNOT help themselves."  With that thought in mind, I have a sense that God works for us in ways for which we have no label.  A loving Being Who can see the future would, in my opinion, delight to spend "time" comforting those He loves who are under demonic duress, even if they don't appreciate or comprehend how bad things would be were He not there.  Very few of us remember how much we needed our parents when we were in diapers.

I have a friend (let's call him Brian) who was set up and locked up for something he says he didn't do.  With no foreseeable release date in sight he is left to mull over the question of "What's all this about?  Why am I here?  God, why have You allowed this to happen?"  These are not unreasonable questions to ask, are they?  I feel sure that the Hebrew Joseph, the eleventh son of Jacob/Israel, had many an opportunity to ponder a similar fate.  Joseph was despised by all his brothers but one; he was sold as a slave to pagan Egypt; he was falsely accused by his owner's wife; he spent the next however long locked up as a common criminal.  But there was something about Joseph that changed the hearts of those who were around him; people knew instinctively that "God was with Joseph."  Though they didn't fully understand what they were witnessing in this Godly man, there came a day when they sought Joseph's much-respected counsel, and the entire nation of Egypt was saved by God THROUGH JOSEPH from a looming famine.  In a short screenplay, Joseph went from the pit in the wilderness to a palace in the kingdom of the ancient world's superpower.  Because of the presence of God in his life, Joseph was as much a prince in the pit as he was on the throne.  Joseph's own testimony?  "God sent me here to save lives."  Hang in there, Brian.  God hasn't forgotten your address. 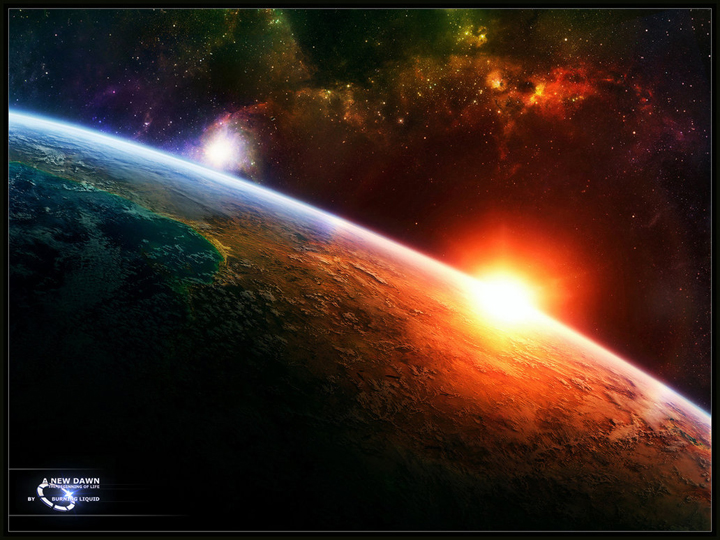 Perhaps it's wrong to say that God is in control.  Maybe He has less to do with what's going on than we think.  Now, I really don't believe that.  I have a tendency to believe that the powers of darkness at work on our planet are kept constantly moving along by the light of God's presence that relentlessly dispels their evil odor; just like the dawn and the east wind … constantly pushing away the darkness and keeping the air moving … and bringing life.

Perhaps our own choices prevent God from working in our lives.  There is nothing that can separate us from the LOVE of God; but perhaps our submission to evil tendencies separates us from the POWER of God — the power of God that works in and through us.  Perhaps practiced evil works as a force field around us, requiring God to keep a safe distance from us — safe for us, I mean.

If God is in control of anything right now, surely He is in control of just how far the devil may go in his affliction of the human family.  The devil, because of our choices, may have a large amount of control in our lives down here, but truly, God has control of our eternity.  And we should probably never forget that reality.