The World Has a Disease 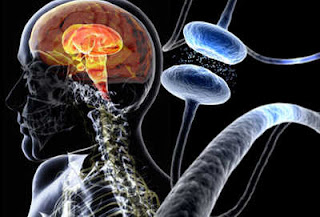 Our world has a disease, a mind disease — a deadly disease.  More security, more bag checks, more stripping before you can get on a plane, more gun control, more X-ray machines … all these are doing no more than help us BELIEVE we are dealing with the symptoms of the disease.  Rather than just handle the symptoms, what if we put more focus on wiping out the disease?  What if we did more than just make statements like, “People need God in their lives.”?

The people with the disease on the planet appear to have lots of SOME kind of god in their lives, and the fruit of that relationship is the CAUSE of the disease.  So what are we to do?  What’s the cure?  The people following this god believe that their god would like everybody with a different faith to be wiped out.  No middle ground.  No compromise.  No discussion.  You do it this way — or else.

There’s a temptation to believe that we’re talking just about the Islamic faith.  Not so.  It might be surprising to learn that there are many cults around the world who are awaiting simply the opportunity to openly exercise their nutcase-ness and force you and me to follow their way — or die.  It might also be a surprise to learn that mainstream Christianity once embraced this elitist attitude.  Many American nations — North, Central and South — were overrun and wiped out in the name of God and some European king or other.  Old Testament history is full of the fodder which has fueled many a massacre across what is now the USA.  This same fodder is fueling the current strange Dark-Age attitude so prevalent on the planet.

It is not enough to say to a religious nutcase, “Okay, you stay here, and the rest of us will pack our bags, move out and start a new life for ourselves somewhere over yonder.”  The religious nutcase must track you down and rid the planet of the disease that he believes YOU are carrying.  He or she believes you are broken beyond repair and his or her god is offended that you should be using up the planet’s good air.

More religion is not enough.  We’ve got more than enough religion.

What we need is a change of heart and mind, a common belief — among all residents of the planet — that we all have a soul to save, that we all have a part to play and a place to live in this ridiculously-small portion of the known universe.  We need to know that there is indeed a Heavenly Benefactor Who is interested in every … single … person on the planet.  Why our Benefactor allows us all to treat each other so badly is, I must admit, still a mystery to me, and I imagine we shall have to wait for answers that currently, humanly, we are unable to process.

Just like a person with gum disease or broken teeth, we cannot fix ourselves.  We need divine intervention.  We are broken and have no no glue sufficient for the job.  Only the Being Who made our mind can fix our mind.  Unlike flesh and blood, attitudes are spiritual (like it or not), and can only be fixed by a Spirit greater than the one we possess.  A broken spirit cannot fix itself, any more than Humpty can put himself back together.

Things on our little world are rough sometimes, so rough, in fact, that we wish we could jump off.  We can’t jump off.  There’s nowhere to go.  Besides, those of us who survive need each other.  We need each other to dress our wounds, wipe our tears and lift us up — for now.

There’s a verse in the Christian New Testament that points to a time when God Himself, our Heavenly Benefactor, will wipe every last tear from our eyes.  When the planet’s reset button is hit, when the universe is finally rebooted, and God once again declares everything to be “Very good,” our Father’s own hand will take on the task of calming the last troubled mind.  This task will be delegated to no one.  Picture that: the Creator of EVERYTHING that has any kind of existence will personally wipe away ALL tears and ALL CAUSES of tears.  I don’t know about you, but I have a few tears that sit so close to the surface that I can be reduced to a helpless wreck in less than a moment, right out of the clear blue.  I’d like for those to be gone.

There’s going to be more nutcase-ness running about the planet for who knows how much longer, simply because human beings don’t have a cure for nutcase.  We’re better at mopping up the flood than we are at turning off the tap.

On a recent trip to Cuba I was given an opportunity to relive a reality experienced by many of us who travel.  The road surfaces in Cuba are awful, full of potholes, road material worn well down to the dirt and beyond.  The Cuban driver observes that he or she must have one set of eyes on traffic conditions and one set of eyes on the condition of the road.  Both may be hazardous.  In the troubled world in which we’re living we need to keep one set of eyes on the road ahead, one set on the conditions around us, and an additional set on the condition of our own vehicle — our own mind.  Because just as easily you and I can embrace some kind of nutcase philosophy that convinces us that we are better than others, and that the behavior of “those over there” is worthy of death … cold-blooded death … strap-a-bomb-to-myself kind of death.

Be patient.  All things will be set straight.  Nature will take its course.  We have no need to try to help God open the roses ahead of time.  He’s got that covered.