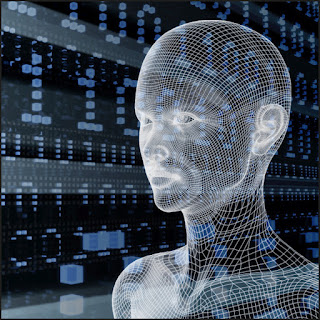 Things never stay the same.  Even those of us who live in the "Developed World" are watching developments continually unfolding.  Perhaps we should more rightly call it the "Develop-ing" World, for all the changes that are taking place.  Someone has wryly noted that the only constant in the universe is change.  People change;  coastlines change; children change: things change.  But what about truth?  Does truth change?  And if it does, is it actually truth?

As far as man is concerned, it appears that truth is indeed relative.  Gasp!  What?!  Yep, through man's picture window truth is relative to time, place and person.  Here's what I think I mean by that: In the beginning God made the heavens and the earth; the earth is not right now having a Genesis moment today.  The fact that God made everything is a true statement; but the actual truth of the event was more appropriate when it happened.  There came a time when Noah was instructed to build an Ark; the fact that a flood was coming was truth — in its day; we know it was truth, because it happened; the earth is full of evidence of a flood.  But that truth eventually had its time and passed into history.  Come down through history to a time when John the Baptist preached about a coming Messiah.  Jesus fulfilled the prophecy — on time and in the right place.  The truth of the first coming and sacrifice came to pass; then it, too, moved into what we call history.  Jesus told His disciples truth when He said that He would be betrayed and lose His life, but His disciples had nowhere to hang that truth, so they ignored it.  Unfortunately, that truth eventually came, as was predicted.

On that great Judgment Night Pilate asked Jesus a very interesting question: "What is truth?"  What "is" truth? To which Jesus made no response, perhaps because it would have been futile to explain to Pilate, a mere mortal, how God, a timeless Being, relates to what we humans call "now."  From God's perspective, truth "is" now.  What "was" truth for us is "now" truth for God.  By the same token, what "will be" truth for us is also "now" truth for God.  I'm not sure we want to waste a whole lot of time getting our heads around that thought, because if God wanted us to understand it, He would likely spend more "time" explaining it to us. 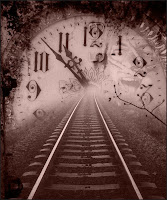 Let's suppose that one morning we wake up at the end of a very long global war, during which every machine and electronic device has been destroyed along with the libraries of information about the technology used to make those machines.  Can you imagine how long it would take to recover from such a loss?  I venture to guess it would take several hundred years to return to the place where we would once again have a desktop PC at which to sit and devote time.  "What?!" you say, "How do you come up with that figure?"  It's not difficult; not only do we have to build again the first machines to build the next generation of machines, we have to learn all over again the trials and errors that helped us get it right in the first place.  Once you've thought it through, you can see that knowledge is built on knowledge — you must have again the first seeds of a great idea.

God appears to have this wonderful system in place where truth is continually unfolding to human senses.  It's a curious notion, one that is only realized when scientists make some brilliant discovery under the microscope or through the telescope.  Of course, scientists rarely praise God for the wonders of His vast creation, but I doubt that God is too terribly troubled by that ignorance.  But think about how truth has unfolded before our eyes — in just a couple of lifetimes.  We've learned that we are no longer at the center of the universe living on a flat earth; the moon is not made of cream cheese, and there are organisms living at a microscopic level which can either help or harm the human system.  The list of discoveries, dare I say, is bottomless.  And no one of us can even dream about what we might discover in the next decade.  Perhaps our galaxy will grow from housing an estimated 400 billion stars to being the home of 800 billion — who knows?  And after that — what next?

Speaking of truth, here's a thought that I'm trying to work out for myself: The scientific community has agreed upon the notion that nothing, in its present state, may travel at or beyond the speed of light without having been converted to pure energy.  Be that as it may, let's say that one day someone develops a craft and fuel that will allow a person to travel much faster than light, and that person jumps in the craft and heads off into the bright blue yonder.  It would be possible for that person to overtake the light traveling from our planet which is carrying a record of the events that have taken place throughout our history.  Now we're assuming that they have the ability to look back and view these events, and as they do so they will recognize that they are watching things from the past.  Once they fine-tune the speed at which the craft is traveling and adjust whatever lens they're looking through, they will find that they may rewind and fast forward as if watching a silent video recording.  At that time, any doubt about the truth of historic events will be safely laid to rest.  I'd love to air out some serious brainstorming here, but … there isn't time.

There is another truth that has not yet been uncovered.  We know about the event, but it hasn't been, shall I say, made beautiful, yet.  The event I'm referring to is the Second-coming of Christ.  Is it true?  No.  Will it be true?  Yes — in His time.  I don't get the idea that God waits for anything; it is we who wait — whatever that means.  But to God, the truth of the reality is ever-present with Him.

Truth appears to me to be an elusive commodity, and one that we really don't have full access to — yet.  Perhaps for now, truth — I mean real truth — is too pure for us to have echoing between our sorry ears.  And though truth, in essence, may not change, it definitely appears to grow — at least in our understanding.