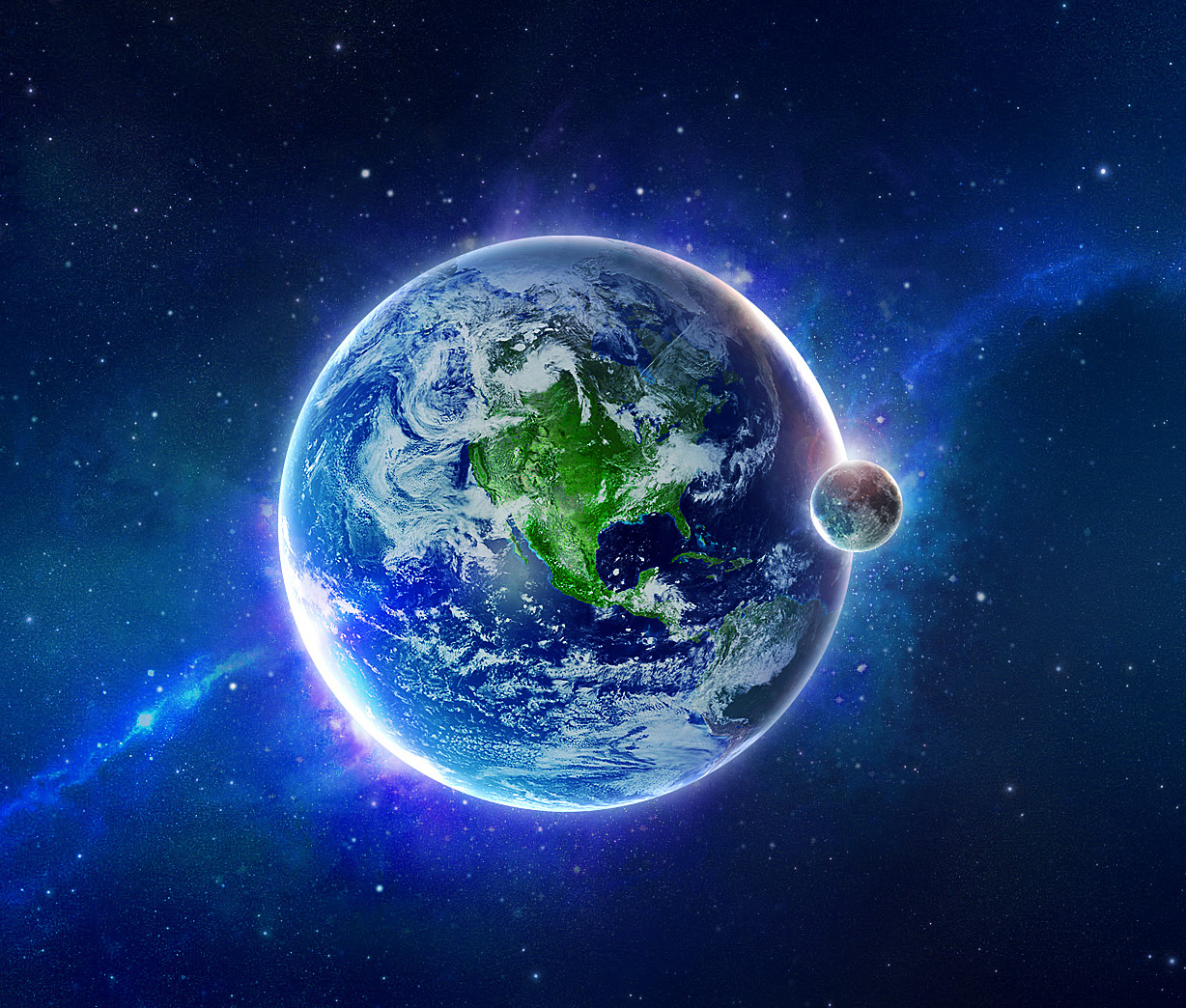 It seems reasonable to believe that, given enough time, a river can completely redirect its course, and that the sea can completely dissolve even the tallest and hardiest of cliff faces.  If we live a normal lifespan, we might see with our own eyes these changes take place before we depart.  Eventually, the ground and its foliage will stroll right across the abandoned roadway — anywhere in the world.  The Sahara Desert, if left to itself, would one day completely cover up the surrounding civilization.


So what's the problem with Evolution Theory?  If the landscape can change over time, why can't we believe that living creatures can change, too?  Why is there such an argument raging about the origins of species and celestial bodies?  Well, part of the problem is that, upon whichever side of the argument a person may dwell, some people just have a hard time living with an opinion other than their own roaming the world.  On a more down-to-earth realistic level, you can sympathize with students from both sides of the debate — Creationist or Evolutionist — because neither side is able to prove one iota of their argument beyond the pages of academics.  The Creationist cannot cannot go back to the beginning and record the sea filling with life through the lens of his video camera, any more than the evolutionist can take a few snaps of the lizard turning into the bird. 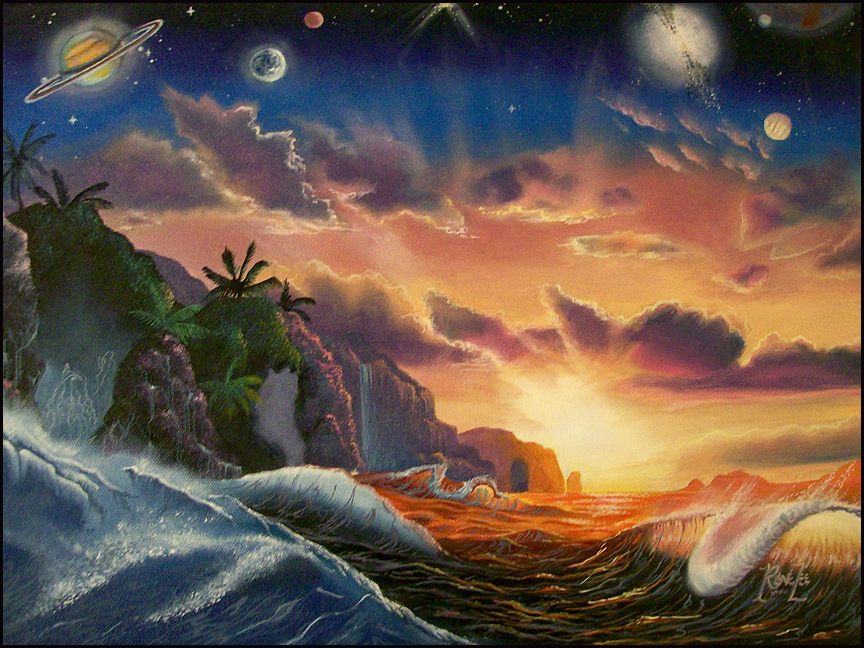 To my mind it seems highly unlikely that Moses would have dreamed up the idea that God simply "spoke" things into being, and that He took only six days to cover the land around Eden with life sufficient to eventually populate the entire earth.  The idea is so absurd to some minds, that an alternative solution would have to be found — at any expense.

If a man were to be given the job of inventing a suitable beginning for life on earth, he would likely light upon the observation that everything comes from, and is made up of, something else; because that's the way a man gets things done — he builds houses, planes, cellphones, computers, pencils and bow-ties out of stuff that he already has at hand.  A man gets nothing out of thin air.  From the north of England comes an expression which reads like this: "You don't get owt for nowt."  The original spelling is a little different, but that's how it's spoken.  The idea, of course, is that if you want something, you have to give something.

That a man should be able to invent such a notion as stuff being "spoken" into being, not ever having been in some form or other to start with, does itself seem highly unlikely.  The idea that a Creator can get things done without the aid of a human being does not fit the job description of any of the gods that were on the schoolroom chalk board at any time close to the beginning of history.  Even many of the gods in the church paper today are reliant on humans for protection against bad-mouthers, as ridiculous as that sounds. 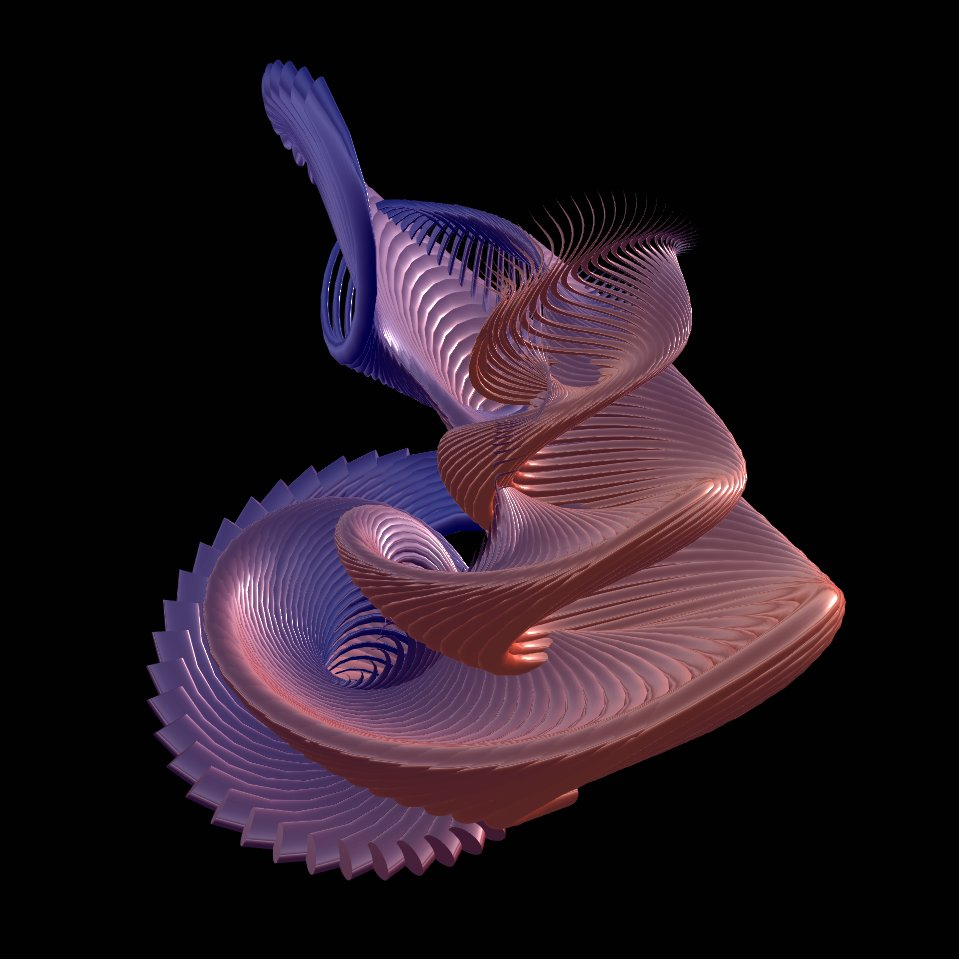 I once heard someone say that all this scientific knowledge we've gained in the past century or so hasn't done us a bit of good.  I would respectfully disagree; the things we've found out about the universe in which we live leave a person in awe of whoever put all this incredible math into one working machine.  It seems to me that ignorance is not a friend that we should keep too close.  Am I right in remembering the two creatures under the coat of Dickens' Ghost of Christmas Present as being "Ignorance" and "Want"?  And wasn't Scrooge admonished to beware these two, especially the first?  Make of that what you will, but I think you'll agree that there's some wisdom there.  Ignorance may be bliss, but sometimes it can also be very painful.

You've probably heard one or two analogies like these:

"The idea that the marvelous complexity of life on earth sprang from pond scum is as likely as Webster's Unabridged Dictionary being the result of an explosion in a factory producing Alphabet Soup."

"The chances of the incredible math at work in the universe being totally random are about as likely as a fully functioning Boeing 757 being the result of an explosion in a scrap yard." 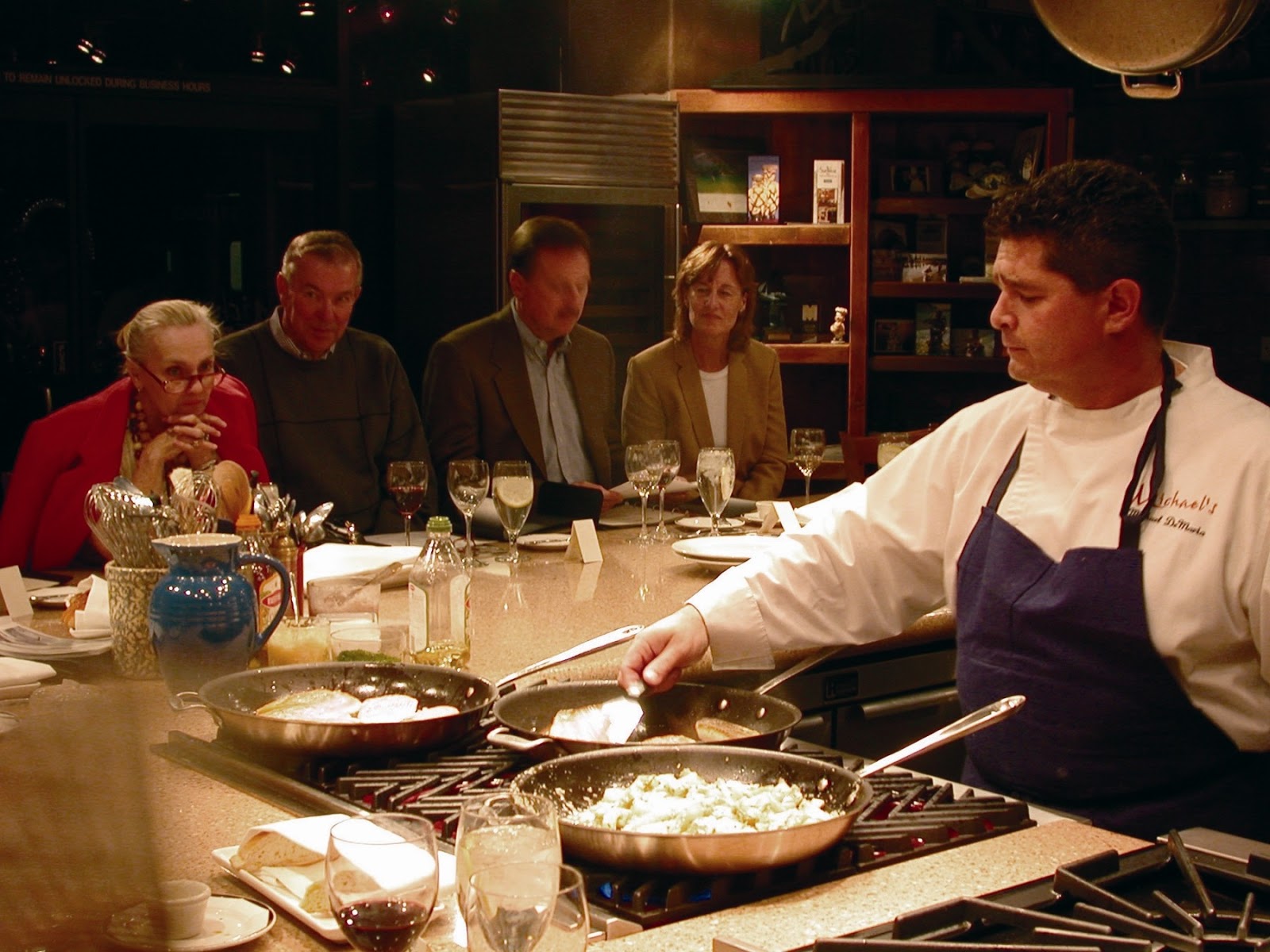 You get the idea.  Of course, both of these unlikely scenarios above are "possible," given enough time — but not "probable."  Anyone who's ever had to prepare dinner (I don't mean just open a can and plunge in) will realize that a process is needed for each part of the meal.  It would make no sense to put whole eggs in the frying pan, cover them with oil, then turn on the heat and expect to produce a couple of fried sunny-side-ups.  If you've ever watched Hollandaise Sauce being prepared from scratch (not out of a packet), you will quickly see that there is no other way to do this — Hollandaise Sauce is never going to grow on trees.

Once or twice in my life I have made an attempt at figuring out the Rubik's Cube.  Frustration quickly settled on me, because I saw that the solution was possible: all the colors were neatly arranged when I had this infernal thing handed to me.  But, in spite of my best efforts, things got steadily worse.  I imagine that somewhere in more than half the homes around the world is a drawer containing at least one unfinished Rubik's Cube.  You've probably once or twice landed on a YouTube clip of this or that ten-year-old who can solve the problem in less than twenty seconds.  "Yay!" you say as you quickly move on to something more interesting. 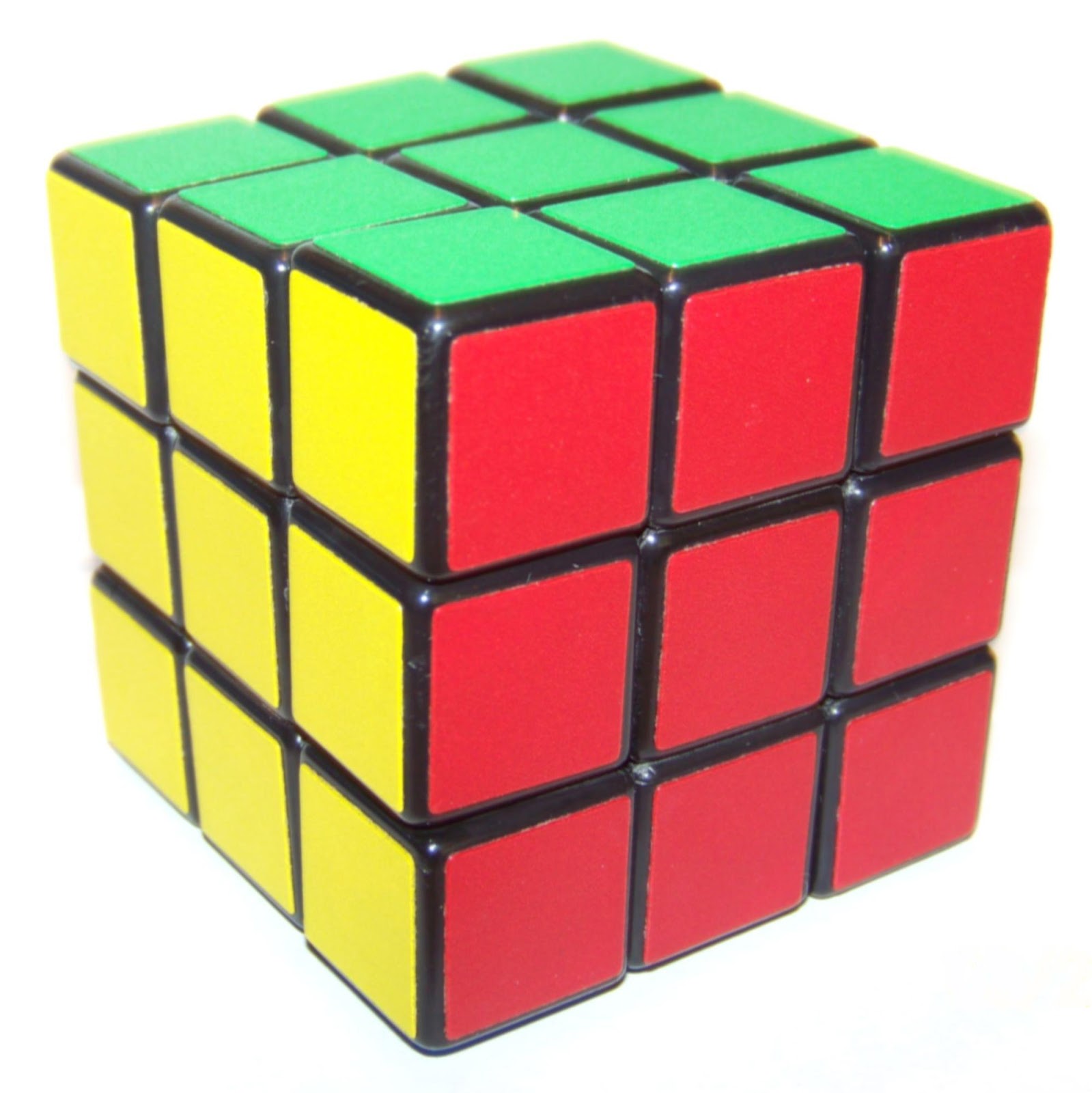 The people who witness the completion of the Rubik's Cube could argue that, given time, anyone can learn to sort out the puzzle.  And I would have to agree.  But let's add this ingredient: try doing it in the dark.  It's possible that once every million years or so you'll get it right; but it's not probable.  And this is just the Rubik's Cube; try inventing the human genome without a mind to think it through.

Order requires intelligence for structure.  That order, or "Law" is what keeps the atom safely under control on the planet.  On the sun, where the conditions are different from those on earth, that atomic law is bypassed by another law (the name of which I forget for now); simply put, the atoms are completely dismantled by pressure — pressure provided quite adequately by gravity due to the enormous size of the sun.  The incredible heat from the sun is handed to us by the release of energy contained in the countless atoms that make up its mass.

I personally believe that the people who were the main proponents of Evolution Theory in the 1800s would never have supported the idea had they been given access to the information we have learned from our studies under modern microscopes.  Not all doctors have religious inclinations, but those who are able to see past the biological injustices at play in the world, are able to see a definite intelligent hand in the construction of the human frame.  The microscope is a lot like a detective, removing all the "What-ifs" and "Suppose-sos" from the investigation.  The microscope doesn't tell us everything, but it definitely reveals some very clear fingerprints; unless, of course, you don't happen to believe in fingerprints. 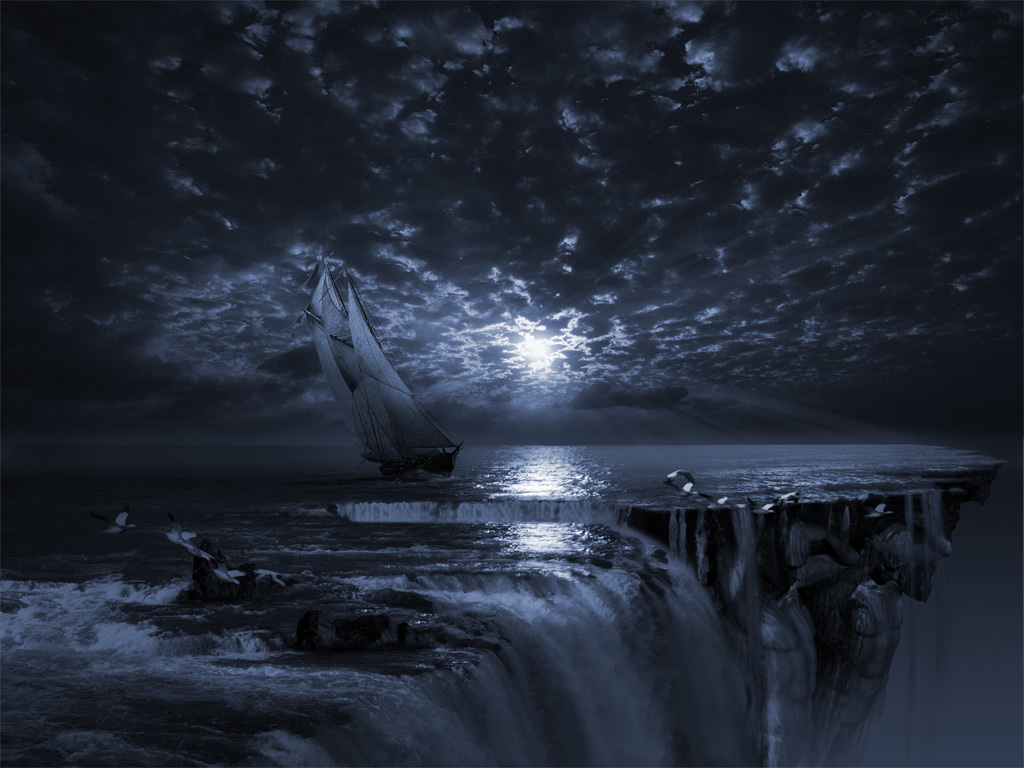 Some things are true whether you believe them or not.  On the other hand, some things are just plain incorrect, no matter how you feel about them.  I heard someone once say that whatever you believe, that's what's true for you.  To which I respond, you can believe all you want that our planet is the center of the universe, or that the earth is flat and supported by a bottomless pile of turtles.  But at the end of the day, your belief is not going to change the facts.  In the medical/psychological world we have a name for believing in things we have no proof for: Schizophrenia.  Some people would say we have another name for believing in things that we cannot see: Faith.  I'll leave it to you to decide if you should or should not be wearing a straight jacket.

I don't personally believe that God is very much concerned that you believe the human race evolved from monkeys, though he might take issue with you considering the image of God to be like unto a chimpanzee swinging from tree to tree.

It doesn't rock my boat to realize that someone has a view of origins which differs from mine in every regard; and I don't think you should lose sleep over it, either.  No matter how hard you believe it, Creation cannot be proven any more than can Evolution; that's why they are both called "Theories."  Be big enough to accept the fact that, for some things, you'll just have to wait and see.  I have a notion that all will one day be revealed; though I have another notion which suggests that at that time our attitude will likely be akin to, "Scarlett, I … really don't care." 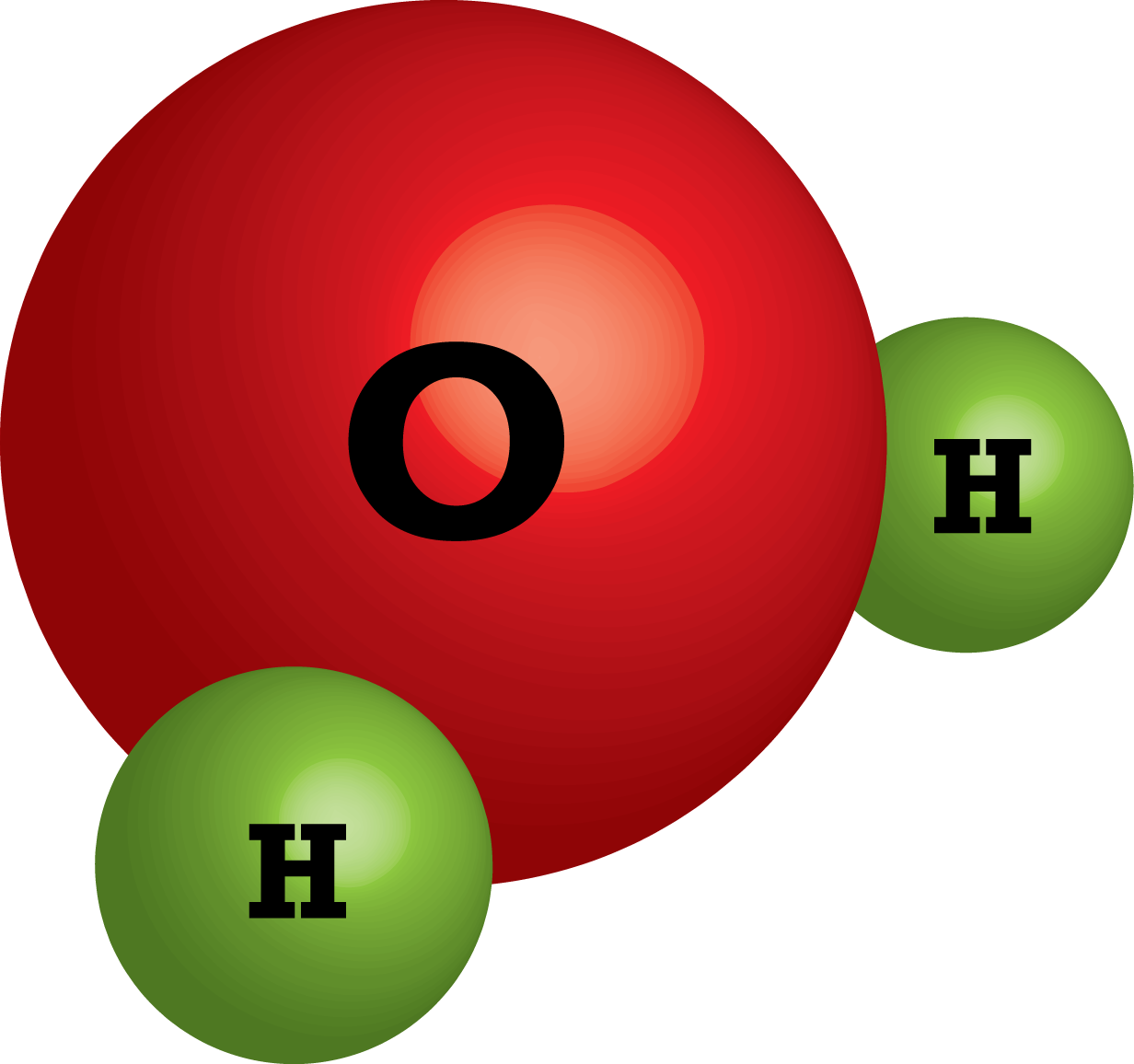 Oh … that river … the one changing course, is not changing its chemistry; only its address.  The only random at play in the world is that of relocation.  Below the surface, the math, to the eye of appearance, is totally constant.  Though appearing in various forms (liquid, solid and gas), a water molecule is only ever composed of hydrogen and oxygen (H2O — 1 oxygen atom and 2 hydrogen atoms).  If you change that formula just onnnnne intsy little bit, you wind up with a completely different compound; it might still be liquid, but it would likely be unsafe to drink or swim around in.

As a closing thought, we should make a mention of another consideration on the kitchen table: that of what has become known as Intelligent Design (ID).  ID proposes that there does appear to be some random at play in the universe, but that there are also some other observations, such as animal physiology and biology, which cannot be reasonably explained by the processes put forth by Evolution Theory.  The proposal of ID is steadily gathering opponents from the scientific community, because modern science does not allow for supernatural explanations of observed phenomena.  ID proposes obvious involvement of a creator, but not necessarily one who is interested in anything religious, though most of the people involved with what has become known as the Discovery Institute believe the creator was the Christian Deity.

At the end of the day, a person will have to decide in which battle they wish to engage — or not.  Personally I don't think there is any point in trying to prove something which is unprovable in my lifetime.  If God doesn't seem too interested in proving Himself, why should I try to do it for Him?  God seems to just leave fingerprints all over everything we can see so that we can tell He was there.  But we have a dreadful time catching up with Him.

Let's say it again: Evolution is "possible," but not "probable."  Leave it there.