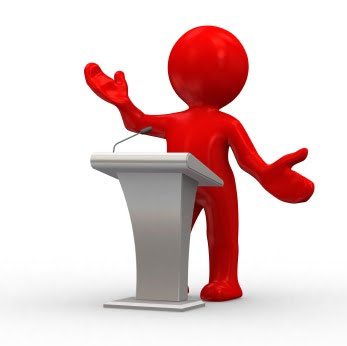 Those of you who know a little about communication skills will be aware that there are effective ways of getting a point across that leave no room for doubt in the mind of the hearer.  An argument can be so constructed that the natural, logical conclusion is for the honest hearer to agree with the assertion.  If we lived in a perfect world, this kind of verbal communication tool would be extremely useful, since no one would use it for evil.  But we don't live in a perfect world, and are often left at the mercy of our own discernment … and ignorance.

Convincing rhetoric was originally mastered by those in ancient Greek courts, but today is practiced and applied by much broader groups of people: lawyers, politicians, preachers, and advertisers on every inhabited continent.  If it adds up, we buy into it — usually.  But we don't always do the smart thing.  Buying this or that product might make sense, but we can't always afford to buy a car that will offer trouble-free service for ten or fifteen years, so we settle for something cheaper, something we can afford to fix as necessary.  Thirty-year roof shingles obviously last longer, but twenty-year shingles cost less.  You know how it goes.

Convincing the masses is the main object of those who rule, or who wish to rule.  Those desiring to be in charge generally find ways to get into the heads of their potential subjects and plant seeds consistent with their ideology.  In some parts of the world, prospective leaders, unable to convince with logic, often resort to terrifying with fear, ie:  North Korea, Nazi Germany, or any of the European nations during the Dark Ages.

Let's dive right into this interesting observation: the Author and Creator of everything that exists is well aware that human beings can be influenced by words, yet He chooses to remain silent when it would be a simple thing for Him to convince us of the right way to go about things.  But He hasn't always been silent.  There was a time when Jesus, the Son of God, walked a small corner of the planet and shared with a favored generation that the Kingdom of Heaven was "Like unto … ," and if we wanted to be wise and build our home on the rock, all we would have to do is listen to and apply His words to our lives.  That seems simple enough, doesn't it?  We don't need a degree in physics, or oceanology, or ecology to help us walk in the light of Heaven, even though I personally believe that knowing something about those fields can lead us to a deeper appreciation of the things God has made and the plans he has for us.

Let's back up a little.  God is a Being who speaks worlds into existence out of nothing.  If He wants to make a sun with nine planets (or eight, if you don't care much for Pluto), it is a simple thing for Him to get the math right first time.  If He wants to compose water molecules, he gets it spot on at the first shot.  "Oops!" is not a word in the dictionary of Heaven.

If God wanted to convince you and me about the realities of the unseen world, he could use words, rhetoric and structure that would leave us in no doubt as to what was what.  He knows us, and knows how to reach us.  There is nothing mysterious to God about the human mind and heart.  Had there been any partition in the human mind which could not be fathomed by God, surely the gap was bridged when the Son of God took on our humanity.  Perhaps God remains as silent as He does because to do otherwise would give Him an unfair advantage over us.  Maybe this is often why He doesn't tell us which color car to buy, or which brand of toothpaste would be better.

We get a look behind the scenes of persuasive skills when we consider the Romans who returned from listening to Jesus and gave the report, "Never man spake like this."  The Middle East has seen culture come and go; they have been ruled by Greek, Roman and more.  Before the Caesars, Rome had a reasonable court of law in place, where the educated convinced the educated with sound argument.  Hebrew doctors of the Mosaic Law, using some of these tools of reasoning, were well able to convince their hearers of the validity of their claims.  But when they came in contact with Jesus, all they did was trip over themselves trying to prove that they were correct, because often their logic simply didn't make sense.  It wasn't necessary for Jesus to spend a whole lot of time pointing out erroneous ideas; when He told the people what was truth, there was a reasonable, logical soundness in His assertions that convinced the hearers of unseen realities.

I imagine Jesus had to be careful regarding His use of spoken language, lest an unwilling heart should follow His bidding based on argument and reason alone.  Convincing the head is not the same as convincing the heart.  An unwilling heart may follow the rules based on a desire to live, rather than a desire to do the right thing.  Whatever the term "holistic" means to you, God appears to be interested in the whole person, not just the part of us clinging to the idea of self preservation.

Consider the speech Jesus used when trying to enlighten the people.  He referred often to the Old Testament writers, and even spoke of current events as being fulfillments of prophecy in His day.  But don't miss this — Jesus taught His hearers about the Kingdom of Heaven by using parables, and His illustrations were taken from the Book of Nature.  The lessons seem so simple, when we look back on the Bible record.  Teachers had been using parables as a teaching tool for centuries, so this was not a new thing.  What's interesting to me, though, is that Jesus should use created things to teach us about things we cannot see or handle.  And in order for Jesus to get the illustration right, He must have had an accurate account of the original idea.  The Bible teaches that Jesus, in a Godly form before the Creation, made everything that exists, so teaching others about His creation would not have been difficult … had His hearers possessed ears to hear and eyes to see.  The proud and self-assertive had no need for this peasant from Nazareth to teach them anything, so probably walked away scratching their heads. 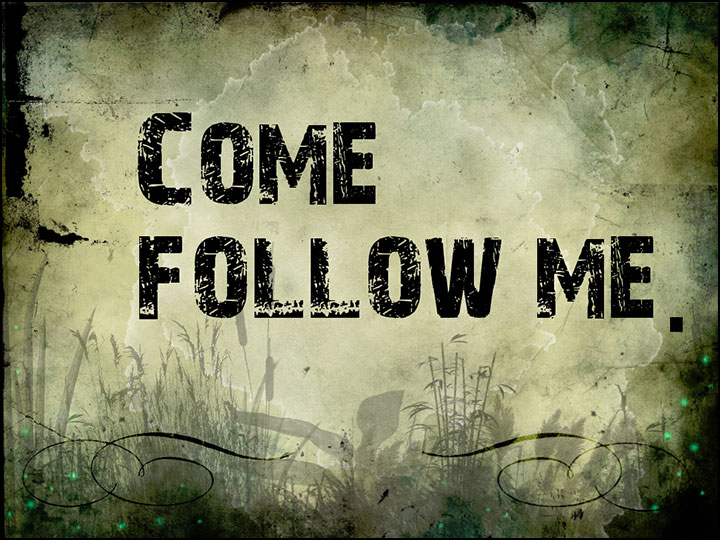 Metaphors, similes, illustrations and parables leave room for darkened minds to misunderstand.  Yet Jesus chose continually to plant pictures using this method.  It seems more important that the "idea" of the Kingdom should be grasped rather than having a description of the materials used to compose the place or the clothes worn there.

The experts tell us that the oldest language on the planet still in use today is Hebrew.  Going through very few changes since the oldest written form of it was found to be from around 1,000 years BC, Hebrew is spoken today throughout Israel, having been revived in the 19th century and re-introduced in Israel as a spoken and literary language.  It had been continually used in Jewish liturgy and rabbinical literature, but is today part of modern speech.  Imagine a re-introduction of Shakespearean discourse and you'll have an idea of what happened in the Middle East a couple of hundred years ago.

No matter how we look at language on the planet, whether spoken, written or drawn, we have to accept the fact that changes have taken place in the way human beings communicate with each other.  The English language, for instance, appears to have undergone its most significant changes when it adopted German words which were brought into the country by Saxon rulers.  When the Saxons gave the throne to the Normans, well, we simply added French words to the dictionary (although there really was no dictionary as we know it today).  When the French left the country, what remained was a mix of German and French which evolved into Middle English.  Many dialects of English are today still spoken across England, and occasional confusion results from using old words or expressions unfamiliar to all English people throughout the country.

Now consider the task Jesus embarked upon to make known the mysteries of the Kingdom of Heaven.  He used the modern vernacular, everyday language, to paint pictures using illustrations from a book which has undergone no changes in spelling, meaning or mathematical summation: The Book of Nature.  The natural world was here before human beings.  Our first introduction to life was conveyed through an observation of the world around us.  One of the first jobs on the planet was naming the animals.  Even though the natural world has suffered under a barrage of sin and exploitation, yet the math that makes it all work is still very much intact.  The Laws of Physics are well established.

Jesus drew heavily from the lessons illustrated by the works of His own hands, perhaps knowing that this book would never change its story.  An interesting observation regarding the natural world is of how alike things are globally.  What I mean by that is that a sparrow is a sparrow is a sparrow, no matter where on the face of the earth it may live.  A sparrow speaks the language of the sparrow.  It's only man who appears to be installed with language software that is continually requiring an upgrade.  In the natural world, there may be slightly different species of plant and animal which sound or look or smell a little different from each other, but that's because they ARE different from each other.  That plant is a "variety" of rose; that bird is a "species" of seagull; not all woodpeckers are the same, and they don't all speak the same language; but if they ARE of the same kind then they DO make the same sound.  No matter how you look at it, the Book of Nature is the oldest book on the planet.  No, the Book of Nature is the oldest book in the universe, so is it any wonder that Jesus used an original -- and first -- translation of the Kingdom of Heaven.

When God speaks, things happen.  He utters, and worlds come into being, teeming with life.  Jesus says, "Be healed," and they are healed.  The words are spoken, "Lazarus, come forth," and Lazarus lives again.  As simple as it would be for God to "cause" thinking beings to do things "His" way, He chooses not to subject us to the same rules He applies to the vegetation.  But that doesn't mean we can't learn lessons from the abundance of non-thinking life all around us.  Something is being told to us regarding the character and person of the Artist whose works we so clearly see and hear; the lessons are being told BY THOSE WORKS.  And if it was good enough for Jesus, the Ultimate Communicator, to use lowly things, such as seeds and ants and lilies, to teach us things that will make us better people, then who are we to think we should disregard these lessons.