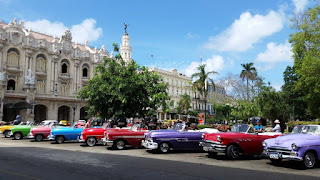 Where shall I begin to tell you the tale of my recent visit to Cuba?  Perhaps I shall start with my pre-trip expectations.  In following posts I'll share my experiences with the Cuban people.  In this post I want to share with you what the basic church situation is in Cuba, and I want to tell you how simply we can make a difference.

What I knew about Cuba really didn't amount to much.  I knew Cuba was a Communist country led (for most of my life) by Fidel Castro.  I knew that Cubans spoke Spanish.  I knew (from talking to my Cuban friends in Miami) that most of the people living in Cuba wanted to leave.  And that was about all I knew.

My pre-trip plans involved taking as much as I needed, and nothing more.  The idea of having my Bible or laptop confiscated by the Gestapo at the airport was not appealing.  My carry-on contained mainly socks and underwear, no liquids or gels, no foods, and nothing overtly religious.

I did have one small experiment traveling with me: In my checked baggage I included an entire case of my company's publication "Buscando la Paz Interior" (BLP).  BLP is the Spanish version of my company's "Finding Peace Within" (FPW).  FPW is made up of the book "Steps to Christ" and twenty Bible studies.  In English or Spanish this is an excellent devotional aid.  I had 72 copies of BLP in a half dozen Ziploc bags.  At a glance a screener at the airport might have mistaken these bags for packets of illegal drugs.  I wanted my books to be seen so that I could know if it would be a problem carrying the books into the country like this.  The reason I wanted to know that was because my company is willing to supply thousands of copies of BLP to be carried in to the country by a large group of local church members on an evangelistic trip later this year.

The end of this part of the story is that all my things went through the entire airport system without any trouble at all, and when I retrieved my luggage on the way out everything was intact, books'n'all.  Had I been lucky?  I wondered.  I wasn't out of the airport yet; there was still a way to go.  But the rest of the way out to the meeting area was just as trouble-free as the rest of the trip had so far been.  Where were all the police and men in black hats and raincoats?  Everybody was moving around the airport, inside and out, in a very laid-back fashion.  Even the airport inspectors, who seemed to be all young ladies dressed in short skirts and tight tops, were very casual.  Truth be told, though you might not have recognized it, I was probably the most uptight person in the place.  If government agents were waiting to pounce on me and take me to some Gulag somewhere for interrogation, they were staying well hidden.  Probably hiding in the many shadows.  Better stay alert, I thought.

Another reason for my trip to Cuba was to find out how difficult it would be to send evangelistic books to the Island Nation.  Though the past couple of months had seen access granted for the first time in fifty years for Americans to travel to Cuba, I had heard stories of Christian persecution and the confiscation of Bibles and devotional books, and it would have made no sense to ship books to people who would never receive them, or might even get locked up because they had received them.  I intended to land in Havana and begin asking questions of shippers and importers regarding getting large quantities of books into the country.

My first call was to the Church Union Office in Havana and establish a dialog that would give me a person and an address to ship books to.  I don't speak Spanish fluently, so I have to rely on translators any time I visit a Spanish-speaking country.  In this manner I met and spoke with the Ministerial Director and the Youth Director for the Church who told me that getting large quantities of books into the country was not a problem, and was not illegal.  They told me they receive large containers of books and Sabbath School materials from time to time, which surprised me.  Cuba is a well-kept secret from Americans, so we really don't know how to make things happen down there.  But the Union people also said that anything they receive they have to pay for; nothing comes to them free of charge.

My ears pricked up at that news.

My company has been in business for nearly 30 years.  Throughout that time we have printed in excess of 40 million publications in more than 100 languages.  We have conducted free distributions of our books on six continents from Australia to Greenland, east to west, top to bottom around our world.  We waited patiently for the Iron Curtain to come down, then we went with more than a million publications across 11 time zones in Russia.  We did the same thing in East Germany, Poland, Hungary and every other former member of the Soviet Union.  It was exciting.  We've taken free books to every country in Europe, Mediterranean islands, Caribbean islands, Pacific islands.   We've blanketed South and Central America.

But we've never done any real work in Cuba.  We've sent the ocassional packet of a couple of books to a handful of Cuban residents; sometimes the books got through, sometimes they didn't.  But we've never had the opportunity that we have now to send large numbers of books into the country.  Doors are open for American trade and commerce.  At least, they are open for now.  Who knows if the next president will be as open-minded to maintaining diplomatic ties with a Communist nation just 90 miles off the Florida coast.  Time will tell.

Let's return to the Union Office: As I shared my tale of wonderful worldwide distributions, I could see the story really meant nothing, until I offered to send books to the Cuban people at no charge.  Eyes opened wider and each of us moved closer to the front of our seats.  We talked thus:

Q. How many members do you have?

Q. Where are they located on the island?

A. All over the forty-two thousand square miles.

A. A youth rally is planned for next year; every church member on the island could receive a book at that time.

A. If you send the books now, we might wait as much as six months before they come out of Customs.

A. Because the Customs official has to open every container and every box and check the contents.  Nothing happens quickly in Cuba.

Q. If every church member had a book for themselves and one to give away, would they be willing to do that?

A. Oh, absolutely.  This would be a dream come true for them.

I learned that the church members are very close in spirit (I'll tell you more about that in additional posts).  The members are busy in their personal ministry for the spiritual well-being of non-members.  Of the 32,000 members, most of the adults have active studies going on with friends and family.

I wondered how realistic it would be for me to plan to send a few thousand books by sea cargo to meet the evangelistic group from America in early December.  Not realistic at all, since the anticipated delay, even for a small shipment, is many months.  So there is not enough time to make this happen.

So here's the bottom line of our meeting: my company, Inspiration Books East, will print and ship to the Union Office in Cuba sixty-five thousand copies of our book "Buscando la Paz Interior."  One for every church member to keep, and one to give away.  We will include the Church contact information in the book.  The books will be for free distribution only.

We're going to raise the money to do this.  a figure of $65,000.00 is being floated around right now.  This figure will cover the costs for this initial distribution (inland and overseas) and will provide a springboard for the next stage of distribution which will include another Spanish publication of ours: "Quienes son los Angeles?"  In English "Who are the Angels?" (WAA).  WAA is made up of excerpts from Great Controversy dealing with the existence of angels in our world, and who might and might not be a visitant from Heaven.  WAA is an excellent study on the state of the dead.  $65,000.00 is not a lot of money for Americans to raise.

If you want to and can help (and I hope you can), do one of these:

• Send a tax-deductible donation to:

• Log in to PayPal and make a donation to:

elmira@inbookseast.org (Elmira is the little lady who manages our PayPal account.

• There's also a GoFundMe Project set up for your convenience.  Click the image below and go straight there: 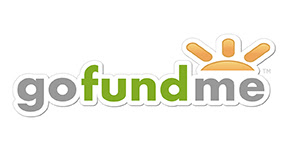 Your gift, large or small, will go to an incredibly good cause.  Trust me, there's a whole lot of "doesn't really matter" going on in our lives every day.  But this one DOES matter.  Cuba needs lots of work on so many levels: social, political and religious.  And, of course, no one can fix everything.  But if you aren't afraid to step out of your comfort zone I encourage you to take the 45-minute flight from Miami to Havana, spend a few days outside of the city of Havana, and have your world expanded.  I guarantee you'll see somewhere where you can make a difference to someone.  If you return home without a conviction of where you can be useful, I will be very surprised.  Click to make a difference:.

I've left out of this post all the details of my experience with the Cuban people.  In the next post I'll tell you some stories that will warm your heart, and sometimes break it.

Signing off for now.

Blessings to you all,