Miscarriage of Injustice in Cuba 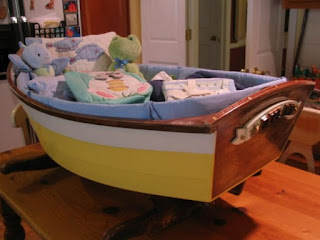 Miscarriage of Injustice in Cuba ...

I'm going to continue my report on Cuba, and begin with an account that I will never be able to share by voice.

When human beings are separated by language there is a belief perhaps on the part of all of us that we do not share the same head space with our fellow beings, that maybe we aren't all affected by the same things.  What remained of that notion for me came crashing down one evening when my Cuban companions and I visited the family of a young couple in the neighborhood.

Earlier in the day I had been invited to join a small group that was to visit a family that coming evening who had recently experienced a loss.  I wasn't exactly sure what kind of loss; details had either been unheard by me, or misunderstood due to my sad lack of Spanish vocabulary.  Just before my small group left for the meeting the power went out in the area and stayed out until early next morning.  The countryside neighbourhood started to fill with people carrying flashlights and people pushing bicycles.  We arrived at the home and were welcomed warmly.  Several church members, many with flashlights, had gathered with the family to sing and pray and offer a shoulder of solace.

The more I listened, the more I realized that the young wife had, within the past couple of days, experienced a miscarriage and lost the child she had been carrying—with perhaps the worst possible timing.

The young husband was there along with all the parents.  Early on there were no tears, no strong sense of grief.  My first thought was that perhaps these Cuban people are gritty and tough and don't hurt the way the rest of us do in the Free World.  We sang.  We prayed.  We offered testimonies of praise.  When it came time for the young wife to say a few words she thanked everyone for coming, and shared with us her hope of the resurrection.  As she spoke her voice grew quieter, and began to tremble.  She didn't weep, but her voice and her eyes were full of tears, and it was obvious her heart was breaking.  She spoke of the angels on that resurrection morning bringing children to the arms of their parents, and she hoped this would be true for her, too.  This brave young mother-to-be had lost her child toward the end of the ninth month of her pregnancy.  All the joy, discomfort and anxiety had been experienced.  All the usual preparations had been made during the past nine months.  She had all the baby things that were available to the Cuban people — gifts from family at home and abroad.  The home was ready.  The clothes were ready.  The hearts were ready.  The only missing ingredient was the child itself.  In that small family room I, too, had a heart full of tears for this loss, and felt the sadness that is common to man.

I later learned that the mother-to-be took the clothes she had gathered for her expected newborn and gave them to a sister in the church who needed them more than she did.

I'm not sure how much bigotry and self-importance there remains yet in my heart, but in that flashlit evening in a 60-square-foot corner of the planet in a place called Cuba I felt much of this spirit leave the building.  Until the day of this writing I have had not the strength of voice to share this experience with the many people who have been interested in my trip, so you are one of the first to read about it.  It's funny, but I find that I have also a sad lack of the English vocabulary that prevents me from adequately describing the effect of that event on the world in which I live.

Next I tell you some of my observations of the island country of Cuba.
Posted by Tony Harriman at 2:44 PM