"Can You Feel the Force?"

Isn't it funny how slogans used by advertisers and retailers have a way of sticking with you? "Where's the Beef?" "No, but I did stay at a Holiday Inn Express last night;" "Can you hear me now?" to name just a few. With that thought in mind I'm reminded of a certain evaporated milk company in England that hit on a winner when they asserted that their product was "As versatile as an egg." Many of us Brits still recognize the slogan when it's bandied about today, but might not be able to pin it to the product it was originally advertising. That's the case with many of the old slogans; they make their way into everyday language, while the original intention loses all meaning entirely. Food for a great study there, but that's not where I'm headed with this.

I want to focus on the "versatility" aspect of the product. And the particular product I have in mind right now is Electricity. Perhaps in our present world there is nothing quite as versatile as … electrical energy; I'm speaking of the domestic kind, the kind that arrives in our homes through wires.

Think about it: virtually every home in the developed world has electricity pumped into it.  This invisible power courses across the land, under or over practically each and every byway, across our lawns and into our homes.  Access to this power is granted through relatively small, but conspicuous, outlets on just about every wall in our homes and businesses.

And the power sits … quietly … awaiting some venturesome soul to plug in and put the energy to work.  What do you have there?  A floodlight?  A toaster?  A boombox?  Hi-def TV?  Maybe just a lowly nightlight?  Doesn't matter; plug it in; let's get this party started.

Think broader: perhaps we'll use the power to light up a neon sign with which to advertize our wares.  Maybe we'll plug in and illuminate our window displays.  Maybe we'll guide the planes in by lighting up the runway.  None of this power is free, mind you. No usable electricity currently falls from the sky into our transformers.  And until the work of Mr. Tesler is taken more seriously, we'll have to continue to feed the power companies on a monthly basis for the privilege of lighting up the neighborhood.

As each year passes, it seems we find more and more ways to try to drain the bottomless battery of its power using various devices: cell phones; computers; surround sound systems; ovens; dishwashers, and on and on and on.  With the exception of the math dictating AC or DC, we don't change the power … we just change the appliance — the unit to which the power is applied.  The demonstration of domestic electricity comes in myriad forms.

Electrical energy is used almost everywhere in our daily lives.  You want to take digital photos? There's power for that.  MP3 player?  Same.  Nuke a bowl of soup?  Ditto.  You want to surf the Web?  There's an app for that (to use a more modern slogan which will likely be quickly absorbed into the vernacular).

The power courses through our walls totally unnoticed until something gets plugged in.  Unless there is a problem with grounding, or a short-circuit somewhere in the home or business, we can remain completely unaware that the energy is available.

Power generators are constantly being built into moving devices, some as big as cars, trucks, ships and planes, or even the International Space Station.  An aerial nighttime view of our world shows a constant pulse of electronically-generated red and white moving from city to city.  Lighted civilization shows up almost everywhere on the planet, with the exception of Antarctica, Central Australia … and North Korea (so much for Communistic progress).

Much safer than it used to be, electricity has come a long way, Baby.  Domestic electricity was early thought to be "of the Devil" — one of the highest orders of spiritualism; as was the telephone.  The idea of pumping power across the land or transporting someone's voice through a wire to show up a hundred miles away in your hallway were strange notions.  Some parents today still wonder about these two subjects when the respective monthly bills arrive, as do a handful of religious groups. 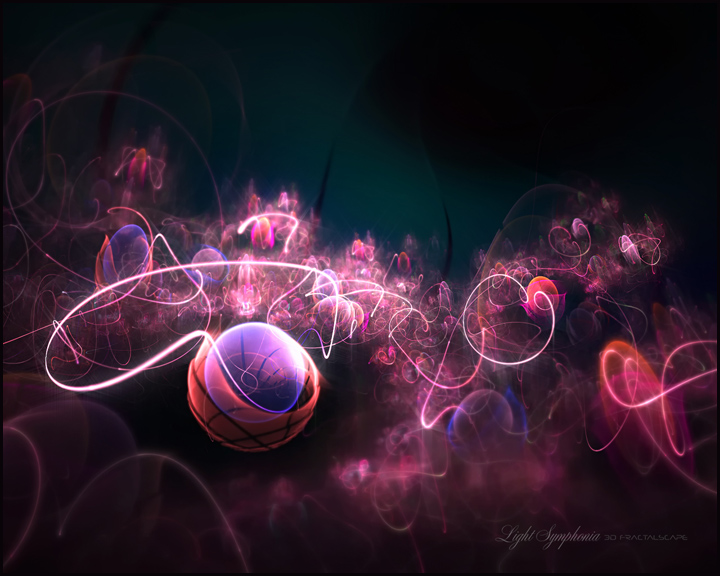 The image above is, of course, a man-made one; but could a spiritual comparison be drawn?  Is there any equivalent power/energy/force that travels the known world awaiting some brave soul to plug in and light up?  Since I enjoy drawing spiritual lessons from the physical world in which we live, my personal conviction has developed so that I see a very grand lesson being spread across the tapestry for us to learn something about the Heavenly Realm.

There are many verses throughout the Scriptures that give some indication that the Spirit of God works differently with a variety of people.  Some people are able to heal, others are given the ability to teach, preach, speak foreign languages etc., etc.  In every case the illustration is that these various people are given something they didn't have before they plugged in.  To mix the meal with the metaphor, notice that not everyone is a light bulb, or a microwave oven, a computer or a copier.  Not everyone becomes something that cools, or that heats.  But do notice this: everyone becomes something useful as a tool in the hand of God for the salvation of souls — and ONLY for the salvation of souls.

I suppose if you wanted to find a distinction between those people who have been given a gift from God, and those who have painstakingly developed their own skills, take a look at who is being glorified by their gifts.  Does the gift produce an income which helps only to increase the size of a collection of valuable cars?  Does the power help only to heighten the pile of gold in the vault?  Jewels in the crown?  Things in the garage?  Stuff in the den?  If you can picture Jesus getting delightfully lighted up by the gathering of treasure to bury in a field, then I invite you to look again at the life of the Biblical Jesus, and the promise He left regarding what would be the general lot of those who followed Him. 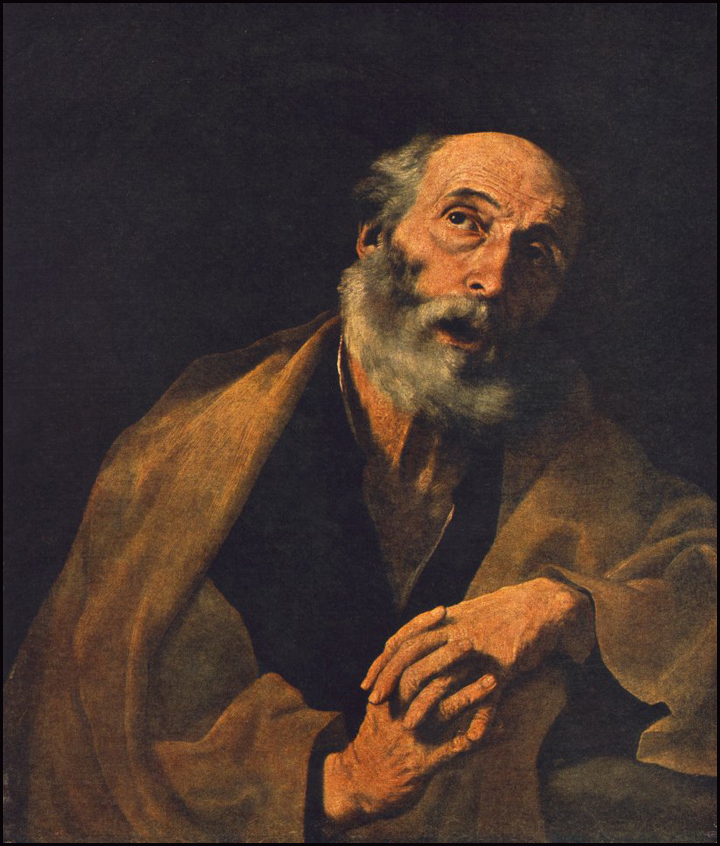 Perhaps you've been part of a congregation that tells you how you should look when you're filled with the Spirit.  And since you usually don't FEEL that way, well, you just have to ACT that way, whatever that way is.  If you listen to that kind of teaching long enough, before long you'll spend more time thinking about HOW you should behave, and less time looking around for the outlet to which you ought to connect.  It's a lot like the various would-be theologians who tell us that "This is the way to live without sin!"  Some of them have talked that way for a long time — years and years and years.  But one day, after you've listened for a looooooong time, you ask, "Does this method actually work for you?"  The response is usually a very general, "I'm on the way up, Brother.  The Lord hasn't finished with me, yet."  In other words, no, it hasn't worked for them.  And it appears to me that it hasn't worked as successfully as they would like because the focus has been more on what they shouldn't do, and less on plugging into the power that would enable them to be useful in the hand of God.

So many of us are reluctant to even consider the possibility of allowing God to work through us.  Who among us will ever feel worthy — really?  But, come on, draw some encouragement from the choices Jesus made at the beginning of His public ministry; bypassing the noble schools and esteemed synagogues, He walks one day by the sea and gathers up a third of His devoted entourage from the fishing boats.  Peter, Andrew, James and John would not have been your choice for teammates in the Greatest Work that Was Ever Done, right?  I honestly believe Jesus is teaching you and me a lesson here.  He doesn't seem to care who you are; just be willing to get plugged in.  And when you ARE plugged in, then your ministry for the salvation of souls is going to be incredibly effective.  Perhaps it would be more appropriate to say that your work as a seed-sower will take on a whole different meaning; more power will be given to your drive train, shall we say. 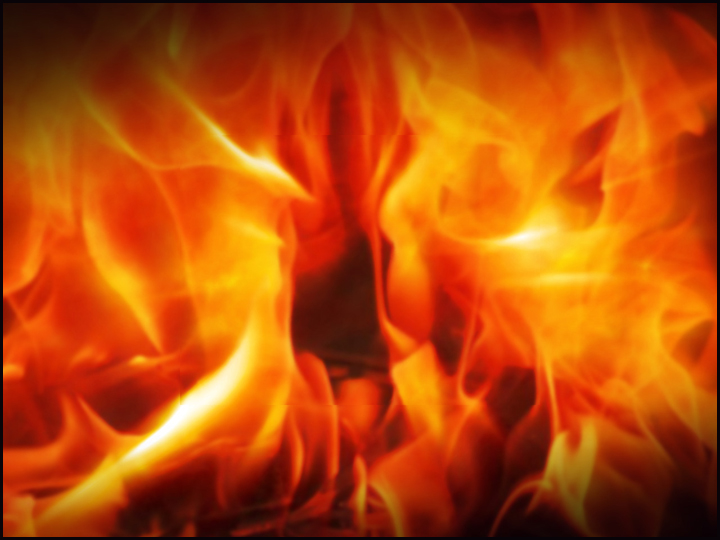 Perhaps the way to plug in is through prayer.  Jesus spoke of God being willing/eager/keen/highly desirous that man should be given the gift of the Spirit, and the way a man should go about getting this Spirit is to ask for it.  Simple as that; no pilgrimages to some far off land; no shutting yourself up in a cave.  Just ask for it.  When you do get connected to this incredible, limitless power, I imagine some things might get burned right off of you; but it's doubtful that you'll lose anything of value.  We might argue that the entire Christian movement has its being today because of that first stroll Jesus took by the Sea of Galilee.  Those first disciples received the power, and nothing could stop the vibrations.  The ripple is still going, and going, and going — just like that little pink bunny.

Here's how I see it: whatever your religion/persuasion or school of thought, if you honestly ask God — I'm talking about THE GOD who made us and everything around us — If you ask Him to course through you to do the things that please Him and that tend toward the salvation of souls, then I honestly believe He will honor that request.  You might even add to your prayer that He is welcome to work inconspicuously through you, just so long as your life can be useful in the big picture.  You might actually be surprised at how much can be done with you.  No offense meant, but even a lowly mop is often quite useful in a kitchen; I'm sure you'll agree.

Here's a slogan you can take with you: "What Would Jesus Do?"  Amplify the thought and ask, "What would Jesus like ME to do?"

Go for it — plug in.  Then go light your world.  There's an awful lot of darkness out there.