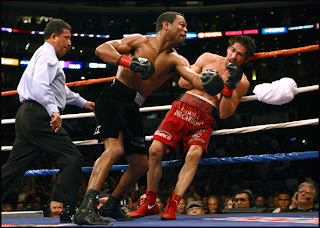 I venture to say that if you've never once felt like throwing in the towel, then you haven't yet lived your life to the full.

It's a bit of a misnomer, "Throw in the towel."  The expression originated in the boxing ring when the fighter's coach or trainer would throw the towel into the ring signalling that his fighter has taken enough of a beating, and the fight is now forfeit — it's over.  The fighter is generally not the one who wishes to quit.  We use the expression today to let people know we've had enough of what life is dishing out; we want to quit.

I guarantee you know at least one person who has been so up to his or her neck in the sewage of this world that they've come "this close (finger and thumb held closely together)" to walking away from everything — everything!  They feel they've failed at even the simplest of tasks, or they're drowning in despair as a result of some impossible loss that they feel no need to carry on as they have.

Often this frame of mind runs every red light to get to us, and doesn't care about our seat belts and airbags; its obsession with us is unreasonable and irrational.  If it actually catches up with you, life will change — very quickly.  Many people will spend half their earnings on drugs (legal and otherwise) to find relief from the feelings of wretchedness that light upon us.  How we respond to the descent of this mindset is interesting, or at least it should be. 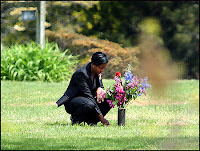 One who believes in an afterlife and a God Who will be there to meet him or her on the other side might often find themselves muttering these words at least once in a lifetime: "Lord, I can't do this anymore; please take me away.  I'm ready to go."  The timing appears to be different for each victim; some can hold on longer than others.  By victim, I mean any one of us dealing with all this junk down here.  The sentiment appears, of course, to be totally selfish, because usually many other people would be horribly affected if any one of us should exit the world.

Let's suppose for a moment that God one day responds to our button-pressing for the heavenly elevator, and down comes a messenger telling us that we can go, and that we can take with us whoever and whomever we wish.  How many lives do we think we might interfere with before we are satisfied that we have everyone we want?  And suppose they don't all want to go?  You know how it is: there are parents to consider; children; spouses; boyfriends; girlfriends; people at work; people at school.  How shall we convince this ever-growing list of people I love that they'd be better off out of this world?

There is a moment at the Last Passover Supper when Jesus includes this curious sentiment in a prayer to His father, "I pray not that You would take them [my disciples] out of the world, but that You would keep them from the evil." John 17:15.  What!?  We are to be left here!?  What evil are we to be kept from?  Because there's some pretty bad stuff going on down here.  What evil could be worse than this?  Well, it seems there must be an evil that can indeed be worse, otherwise Jesus wouldn't have prayed that prayer, don't you think? 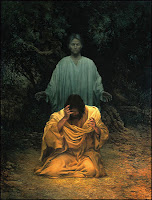 The desire to be released from the experience of physical and psychological pain is common to the human family; even Jesus, hours after the prayer above, asks that "This cup" should pass from Him.  In context what's being said is, "My humanity cringes from the experience which lies ahead; I'll only go through with it if this is the Father's will."  So don't feel so bad when you feel like giving up — just be sure that you don't.  People need you, no matter how you may feel about it.  More than anything else, we need each other.  We have GOT to surround ourselves with people who have survived the feelings of hopelessness.  At the very least, be someone that a brother or sister can lean on.

I'm reminded of a story — doesn't matter if it's true or not; if it isn't, it should be.  The story goes that a traveler in some cold portion of the northern world was caught in a blizzard.  Though the compulsion to lie down and sleep until the storm had passed was powerful, he knew that to stop and rest would be to die, but he was too weary to fight on through the wind and gathering drifts.  As the storm lessened and visibility improved he became aware of another traveler just across the way.  This other traveler's condition was worse than his own, so he labored on to reach him.  The two of them each supported the arm of the other as they struggled to a cabin which had been placed for just such a time.  Their efforts kept them each warm enough to survive until they reached a place of safety.  If there is a moral to this story, surely it would be: "To give up is to die.  Look around; your efforts to save another might be the saving of your own life."

It isn't always clear why we are left to wallow in this mire.  And our human family can be so fickle at times; often when we need them most, they are busy plowing their fields, or marrying spouses, buying property, checking out a new job — whatever.  At times we fear to go where our neighbor has fallen in case we, too, should be overcome — very few Samaritans come out of the woodwork in the ghettos or the back alleys of the city bars. 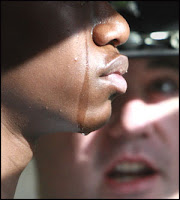 Here's an interesting thought I've been given three-dimensional examples of recently: We have very little choice in how we behave under stress.  The psychology being applied at any decent military boot camp is priceless.  The soldier is being conditioned to obey.  He is being trained to put his own voice out of his head.  When his commanding officer says, "Move — now!" he must move — now!  In spite of all the doubts going on between his ears.  It is imperative that he learns to obey before he gets on the battlefield.  During a firefight is not the time to say "Why?" when you are ordered to pull back.  When lead is flying inches above your head is no time to learn to obey.

How we respond today to sickness, loss or danger may be the catalyst that prepares us for the time when it will really matter that we stand up and be counted.  When a hurricane or tornado tears up your neighborhood is a time when people will perhaps need you to dig them out.  Yes, you've lost your home, but there will time for self-pity later, when those who have survived are accounted for.  Stress causes those of us in the animal kingdom to revert to the use of basic, raw instinct; that's the easy part.  The harder part is to choose to respond in a manner that is far from natural, but is much more reasonable.  A drowning man cares little about those he must smother in order to save his own life.

In some lands across our globe there are some serious attitudes of hostility toward Christians and Jews.  Some day you may be face to face with someone who will kill you if you don't convert to their brand of religion.  If you haven't been in the habit of standing for what you believe is true, then you will indeed switch allegiance.  That's something to think about, especially in these dark times. 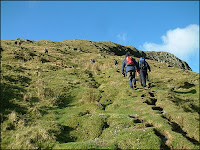 Dare I say that one day, and that day may come sooner than you think, God might need you to be the one to make a difference;  And when He says, "Go!" will not be the time to learn how to keep going when the going gets ridiculous.

On a somber note … right now — right now! — someone is sitting behind one of those closed doors out there considering taking their own life.  Perhaps you can be the one that will give them a reason to hold on.  Often it doesn't take much to give us hope; and Lord knows, sometimes we need more than a glimmer.