"A Box of My Own Creation" 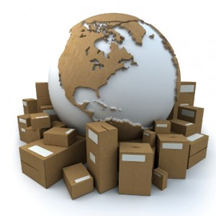 Most of us, when we sit down to draw, or create a story, usually lay out on the paper an image of something that dwells between our ears.  Children draw pictures of the family dog, Mommy and Daddy working in the yard, the house they live in, Santa Claus or some other image residing in their memory.  Newspaper columnists lump together a number of thoughts they've assembled on a topic, and write out an interesting article intended to paint a picture in their readers' minds.  We all draw from a well of our own understanding — borrowed or concluded.  Anyone viewing or reading our creations would be given a fair opportunity to "see" how our minds work.


With that thought in mind, what might we conclude from casting our senses about the creation in which we live?  Would we not be given an opportunity to visit the mind of its Creator?  Would that be a fair assumption?  I think it would.  I feel like if we could take a step back from the all-encompassing world with which we have surrounded ourselves, we would see a much larger machine at work than just the turning of one single cog in an old-fashioned clock.  It's a shame that in this digital world we don't have a lot of clockwork around anymore; so many grand lessons can be observed in the simple workings of the humble wind-up wrist watch.

It appears to me that the entire physical world we live in shares with us some aspect of Who God is, and what we might expect from Him ... and, perhaps, what we should expect from ourselves.

It also seems that God considers us to be far more capable than we ourselves believe.  All of our life is a series of achieving more than we believed we were capable of — from our very first moments.  No one of us was capable of forming ourselves in the womb.  At birth — immediately — we learned to breathe the air we were pushed into.  As a matter of survival we learned to swallow.  We took very little time in learning to make sounds.  We learned the power of crying.  Most people learn at least one language, and usually some of the rules of that language; then math, logic, reading and writing.  All the time forcing (or perhaps encouraging) ourselves to do that which we are not able to do.  Muscles are developed by forcing them to do that which they CANNOT do, until they CAN carry loads far greater than their own weight; it's extraordinary when you think about it.

Eventually we learn to use things that we don't understand: telephones; computers; credit cards ... the TV remote.  We don't necessarily know how they work; we just know what they do. 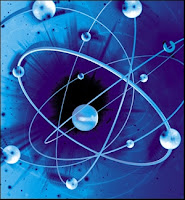 Should we expect to understand God?  Where shall we begin?  How will a man (or woman) find out God?  Perhaps it's easier than it was 200 years ago to know something about the workings of God; certainly the physics of the world are more open to our understanding, but not necessarily the purposes of God — the Meaning of it all, as it were.  Why would God do all that in the beginning anyway?  Why create all this STUFF?  You get around other people and all you get is a lot of trouble — right?

Of course, none of what is happening has taken God by surprise.  So it seems that even after He had weighed the risk of stretching out creation and having children, He still reckoned that it was worth doing and we were worth having.  So a long time ago a set of scientific mechanical processes were set in motion, which, to this day, still present mysteries to the smartest of the human race.

Is it possible that one day we will understand the science that God is using?  Possibly.  Necessary?  Possibly not.  I mean, to this day, for all our "knowings," we still don't know what gravity is and what causes it.  The Power of Attraction is one of the greatest mysteries of the universe — presently.  But we know it works — without observable variance.

The "Known" physics that make this world tick — "known" physics — can probably be studied for a lifetime, and never be fully fathomed.  Much of the science we use is not necessarily understood — only observed ... to a point.  Light travels about 6 trillion miles in a year.  Ninety-three million miles (more or less) in eight minutes.  Almost twelve million miles a minute, without having to stop to fill up.  Got a big tank, I guess.  We believe we know what light does, but we really don't know what it is; or how it does it; or, in fact, why it does what it does.  It just does what it does;  just like the humble bumble bee, which, according to our understanding of physics, is not supposed to be able to fly.  But there you go ....

There appears to be no place where God isn't; we speak of God as being omnipresent.  But then it also appears that God is able to be somewhere "specifically."  "Here with us," for instance.  Or in the Sanctuary in the wilderness "...that I may dwell among them...."  "The Tabernacle of God is with men..." says the Book of Revelation, speaking of the temple in the new earth.  We really don't have the necessary mental mechanics installed that would enable us to get a handle on just how God and the rest of creation relate to each other; not even a little bit.  The temptation to try to explain what little we understand of God is really powerful, but perhaps a little futile, not to mention unnecessary.  God takes very little time to explain Himself to us, so most of what we come up with is from between our own ears.

Exploring the thought just a little, though; is it too much of a stretch for our minds to consider that when God says "I Am," He means just that.  He doesn't say "I was," or "I will be."  He simply says "I Am."  Perhaps there is no "time" or "place" in which He doesn't exist.  Could He possibly know everything that ever was, is, and ever shall be?  For sure, a Being Who can create a place big enough in which to put our universe clearly does not have the same relationship with time and distance as you and I have.  Such a being would have the capacity to live with you ... your entire life ... as if no OTHER being, organism, or speck of anything ever existed.  You and you alone could have the undivided attention of your heavenly Father every moment of your life.  And He still would not be short of time.

As we try to explain God, there seem to be some questions that cannot be reasonably asked by our human brains:  "Can God make a rock so big and heavy that He cannot pick it up?"  "Does God decide to do something first, or does He first see Himself doing it?"  We don't appear to have the capacity to "find out God" any more than we have the ability to catch a beam of light and keep it in a jar like a firefly.  And if we have trouble enough understanding and believing the things we can see, how can we expect to believe and explain the things we cannot see?

It is doubtful that God is troubled by our increase in scientific knowledge; maybe the contrary.  If the heavens declare the glory of God, and the firmament shows His handiwork, shall we not see a MORE glorious God by discovering and examining the things He has made and try to understand a little bit about the way they work?

Think about the hereafter just a little; a place and a time where we shall ever be ascending, ever increasing in knowledge, ever stretching our capabilities, ever finding some corner to look around and see something new about the universe we live in, never running into a wall with nothing behind it.  And this will go on for ever and ever and ever and ever.  No end.  Never run out of places to visit.  Run and never get weary.  Fly and not be bored, even though there likely will be no inflight movie.  Climb without danger.  Never know pain — neither physical nor emotional — ever again ...  EVER again.

Imagine how our time may be spent studying "Real Science" through eternity when using a fully-upgraded headpiece.  There's a mind-blower if ever there was one.

Perhaps for now we shouldn't have to feel like we can explain how Jonah could survive inside a great fish.  Do we really think that God cares whether or not we understand the science of the event?  If He did, He would have taken more time to ensure that the math and mechanics were clearly recorded — right?  The Bible says simply that "God spoke and it was."  What?  That's all we need to know?  Yep, that's about it.  How about the physics at play when Jesus raised Lazarus four days after his death?  And what about feeding the five-thousand, plus women and children  ... with a small boy's lunch?  You mean we don't need to know how He did that?  Apparently.  Usually we doubt the things we cannot explain; It's only human.  But I'm not sure God has insecurity issues just because we don't understand how He gets things done.  I suppose it would be much easier to understand God if He would just stay in the box we make for Him.

But alas and hallelujah, God appears to be so much bigger than the box I have built for Him.