"On Princes and Paupers" 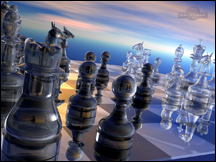 PERHAPS NO WORLD IS AS SMALL as the one in which an individual has been raised where there is very little contact with people of other opinions.  It seems to me that this is especially true of religious societies where the children have no opportunity for exposure to peoples of other religions or world views.  And nothing seems to be more likely to cause conflict than when these groups of people become aware of the others’ existence.

When one is raised in a world where no other view is expressed than that of the parents or teachers, there appears to me to be very little opportunity for growth between the ears of the child beyond that which has already been found out and determined by the “elders.”

Very few princes are given the opportunity to see life through the eyes of the pauper, as in Mark Twain’s story from the Court of Henry the Eighth.  The divide between these two personalities is far broader and thicker that the castle wall which separates them.  The pauper thinks from meal to scanty meal; the prince thinks from banquet to luxurious banquet.  And each despises the other.

Children who grow up in conservative homes have very little opportunity to know what’s going on in the mind of the liberal.  The redneck generally has no clue how the mind of his “cosmopolitan” neighbor is operating.  The white person knows nothing of the plight of his dark-skinned cousin (and vice-versa).  And the person raised in the home of “devout” Believers usually knows nothing of the world of the “Pagan,” other than what he or she has been told to avoid.

Many, though certainly not all, of the religious folk I have met during my life have been largely intolerant of the behavior of those who don’t see things “Their Way.”  The smoker/drinker/drug-taker/alcoholic is generally looked upon with disdain by the person who has never experienced the dismal sense of the well his neighbors have fallen down.  True — not all substance-abusers are “fighting” the addiction, but most at some point wish they had never started taking this or that.  Many lose the battle, and their lives, long before any real victory is gained.  I have had many good friends whose lives were not, by any stretch of the imagination, conducted in a “holy” fashion, so I can easily speak as a bystander — more than a look-down-upon-er.  But I’ve also had many friends who have NOT ever experienced the darkness of a debilitating vice creeping in and taking over their life; their experience of hardship has been learned from the evening news, Time and Newsweek, and condemnations from the pulpit.

There is a strange mentality that captures the minds of many that runs like this: “Look at me; I’m not like that alcoholic; that child-abuser; that wife-beater — that tax-collector.  I live an upright life free from all that vice and debauchery.”  Very different is the attitude of the one who truly is thankful that he has not been broken and beat up by some addiction, but recognizes that those “over there” are our brothers and sisters.  You may wonder how you can help those who seem to DESIRE no help.  And the view of Jesus that fits your particular lifestyle will determine what picture comes to mind when you hear the slogan so recently bandied about, “What Would Jesus Do?  Well, think of the thing that you are LEAST likely to do, and that’s probably what Jesus WOULD do.

Many doctors who are brave enough to donate some of their time working as missionary medical personnel in lands not always so far away are often so changed by the experience that nothing humdrum ever satisfies them again.  When a man or woman breaks free from everything with which they have ever felt safe, and steps into the darkness of a very uncomfortable zone, and makes a difference which they CLEARLY recognize, then it is very difficult (though certainly not impossible) to return to the place in their mind which they once occupied.  Ask them why they keep returning to the ghettos, the hovels, the worst of the Third World countries, and they’ll often tell you, “I have to.  I’m needed.”

Now think of this in a context of a Holy God Who has known nothing but purity and cleanliness, in mind, body and everything else.  And think of that Kingly Being putting on our dying flesh and coming down to our level.  No, not your level, but levels far below anything we have ever disdained and despised — to a world before the luxuries of modern medicine were known, and even some of the very basic ideas of personal hygiene.  He came not to condemn, but to heal.  Why? Because He could.  It was nothing for Him to utter a word and change lives in a single breath.

How do you see God?  As a prince?  A pauper?  Perhaps for now He is both, just like our little prince in Mark Twain’s brilliant story.  Being a prince living among paupers he was given an opportunity to see how justice might TRULY be executed.  He saw — FIRST HAND — the trials and troubles that fill the days of us earthlings.  He tasted the sweat that smears our brow.  He dealt with the dust between the toes.  What, you think He didn’t know how it felt to ache in body and spirit? To thirst?  To hunger?  You think He was immune to the pain which is the earthly lot?  You want to see what Jesus would do if He were here today; take your Bible and read the words written in red, then see what it was He did for those that needed help — often those who had no clue who He was — REALLY.

Most nations on the planet are given the opportunity to vote their leaders into office.  Perhaps it would be well sometimes to think about putting in a prince who KNOWS how paupers live — not just reads about it, or views it from the castle wall.

Unless, of course, you happen to live on the castle wall and really don’t care much about the paupers down below.