"The Passage of Time"

What a curious thing time is.  Makes me think of a Bible verse that ought to read, “Time is like the wind; you don’t know where it comes from or where it’s going.”  We don’t know what it will bring, and only have a faint notion of what it has taken.


You need no ticket to ride the train of time; passage is free and the timetable never expires.  And even though the tracks of time appear to be cyclical — a daily, weekly, monthly and yearly journey — we can’t help but notice that, as we look out the windows, the landscape has changed just a little from what it was yesterday.  Some things are here that weren’t here before; some things are gone — forever.  Some things are better; some worse.  Some things are healed; some not — yet.  I heard a nice turn of words recently: “I was wounded in the war, and it will never heal.”  To which the response was, “I lost my brother.”  I wanted to add, “And THAT will never heal.” 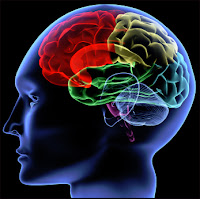 The human condition is presently such that time accompanies us gilded with mercy.  The way “Time heals all wounds” is that it paints over our mental pictures of the past with ever-increasingly more realistic ones of the “here and now,” which here and now doth itself slip quietly and eternally into the past.  Add to that the fact that our brain power is deteriorating moment by moment, and we find that dementia is merciful — at least to the one that is afflicted.  A wound takes from us something that can never be restored: our time, our peace of mind, our comfort — gone, never to be given back.

Nothing on earth stays the same.  Grass grows; paint cracks; carpets thin out; wrinkles deepen; children grow and pets age.  Once past the winter solstice the sun climbs ever so very slowly in the sky until the summer solstice when it once again makes its descent.  A well-known philosopher once observed, “No man steps into the same river twice.”  The unlikelihood of all those water molecules being assembled in the same place ever again makes even the possibility seem infinitely improbable.  Nothing stays the same.

As we board the train of time each waking day, we know very little about the journey ahead.  And part of the reason for that might be bound up in an observation we might take from the word itself — JOURney.  “Jour” is the French word for “Day.”  When the word was adopted we generally took a “daily” JOURney.  We keep a daily JOURnal.  French is such a fun language that we English-speakers have borrowed from so heavily.  We go to a “restaurant” and we look at the menu — the “Carte.”  We can order from a stable fixed selection: “A la carte,” or we might wish to know the “Plats du Jour” — the “daily” menu items.  Unlike a la Carte, which will include choices of foods that are usually always available, the Plats du Jour are almost totally the choice of the Chef and will be heavily influenced by foods in season.

To speak metaphorically, we might see things this way: Time is the paper on which the menu of life is written.  There are many things on the menu of life that change very little from day to day, if at all, and over which we have little or no control — where you were born; your complexion; your native language or the brain power you enjoy.  These and many others are a la Carte.  But some things are plats du jour: temporary, like injuries, headaches, boyfriends, girlfriends, vacations, favorite songs or TV shows.  They might be opinions, frames of mind, decisions that really don’t affect much — or decisions that mean a great deal.  There’s that use of French again: TEMPorary — “Temp” (pronounced tomp) is the French word for “Time,” also the word for “weather” (in Spanish: Tiempo).  We don’t usually think of time in the same vein as the weather, but perhaps we should; maybe time IS just as affected as the weather by the surrounding environment.  I mean, time doesn’t hand us something it doesn’t have, right?  Yes, some things on the menu are fixed; others are affected by what’s available and, simply put, by what the Chef is capable of preparing.

Some things in time seem almost accidental, but only in the sense of unplanned for.  “Accidents happen,” but not without a cause.  And if you can “cause” an accident, is it really an accident?  What kind of accident can happen if all KNOWN steps are taken to avoid it?  The condition of the players in the game might change, for instance if the bus driver should suffer a heart attack in the middle of his journey, or the pilot might have a stroke while landing the plane.  We might better refer to each ensuing event as a disaster, not an accident.  Likewise, bad weather, caused by conditions, causes disasters — not accidents. 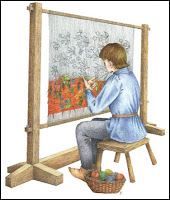 Time appears to provide neither ink nor items about which to write; it merely provides itself as a never-ending tapestry on which to record available choices from which we may take from day to day.  Spread out before us in every direction is a series of events with which we may interact or simply observe.  Time is never wasted; we don't have that much control over it. Perhaps it would be more accurate to say that our lives are the things wasted, by refusing to join in the activities and choices that time is displaying to us.  It remains to be seen who is providing the choices, and, of course, who the Chef might be.  But … time will tell — eventually.

For now the saying goes “Time and tide wait for no man,” but shouldn’t we recognize that the tide eventually returns, and that the train of time will not depart empty?  It might not wait, but it certainly will not leave without us.

Posted by Tony Harriman at 3:35 PM