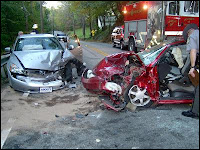 It's interesting to me that we have a tendency to measure how good we've been by how much (and how little) bad stuff is happening to us.  Of course, we don't put it in those words.  Our reaction to bad stuff usually plays out like this: "Oh, dear God, I've tried to do everything right.  I eat right; I give faithful offerings; I study the Bible just as much as I have time for."  And this information is offered up to God because … something bad has happened … and now it's been going on for a while … and you'd like to get past it.  What we mean by this rehearsal is that God should have noticed you've been a good girl or a good boy, and surely He's made a mistake by letting this calamity come by your door.  And since He apparently hasn't noticed how good you've been, you're going to take a moment to let Him know, so that He can make the bad stuff go away.


My personal view?  I think it's pathetic that evil and misfortune should be allowed to run riot on the planet as much as it is.  I know LOTS of good people who, in my opinion, have much more than their fair share of grief.  I also know a lot of less-than-righteous people who I feel should get a much bigger slice of the trouble pie.  But it's probably a good thing I'm not in charge of handing out circumstances.  Anyone remember the song, "If I Ruled the World …"?  The singer is looking for every day to be the first day of spring and endless sunshine.  I suppose that would be great if he were the only person living here.  Because … what if you don't like spring, or endless sunshine.  What — no rain?  No harvest?  No snow?  No trouble? — Well, yes to that part; I guess we could all handle a little more peace in our lives. 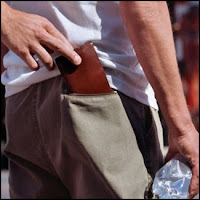 Very few of us rejoice when we discover we left the sunroof open during that shower we slept through, or when we slice our hand opening a box with a knife, or when we arrive home to find the house ransacked by burglars.  It's interesting how many people on the planet have a first reaction of, "There must be something wrong in my life for this to have happened to me."  That may not be your reaction, but you know plenty of people who definitely see things that way.  Having the car stolen, or discovering your purse has been lifted from your shoulder bag — these disasters are very revealing of the character.  I have often said, "You want to find out who you really are?  Get involved in a messy divorce."  I would add to that concept: let someone abduct your child, and you will see just how close to the surface the beast within you is sleeping.

It's hard for a fallen human being to really know what's best for others.  We often think we know what's best, but we really don't, which is why we keep voting into some office or position people whom we think are going to do what I think is best, and then hate on them when they do something I think is off the wall.

Commercial songwriters generally write songs they think are going to sell, and that's about it.  They write songs they think people want to hear.  If you have nothing better to do one day, turn the radio on and listen to the diet of lyrics that are handed out to listeners.  Most of what you'll hear is designed to appeal to everything below the neck.  I know that seems judgmental, and I hate to sound that way, but that's about the bottom line.  Perhaps none of the music will appeal to you; but add up the lyrics that talk about anything that matters, and you won't need more than the fingers on one hand.  And, interestingly enough, those few meaningful songs are the only ones likely to survive the test of time.

I thought about saving space here for a list of my favorite singers and songwriters, but … some other time.

Some of the most successful songs tell stories about running out of time.  And about how a person will deal with even more trouble, if he or she can have just a little more time.  It's interesting to me that time is never really seen for what it's worth until we have very little of it left.  Time, like health, is considered of more value than money or treasures … when you're just about out.

I'm not sure what it is that causes many Christians to view God just like some people see Santa Claus.  Somehow they view a system in Heaven just like the North Pole's Naughty and Nice list — you do good things and you'll be rewarded with nice toys; do bad things and you won't get … "Nuthin' but bad."  But a look behind the scenes reveals the Devil causing the trouble for Job and his family, not God.  As a result of what?  Righteousness!  And if only good things were the reward of good deeds, then Jesus would never have been treated the way He was.  It would make very little sense to condemn someone who had just raised your child from the dead.

So what's the point of all the bad stuff?  I don't personally think there is any point to it — right now.  Bad stuff appears to me to be a by-product of living in a wound-down, broken-up world.  Just like labor pains and birth are a result of a completed pregnancy.  Childbirth is definitely easier on the father than on the mother; but the father suffers a different kind of discomfort, knowing that he can do nothing to ease the pain of the mother.  Food for a great study there.  Not today, though. 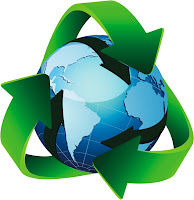 Those of you who know me a little bit will remember that I believe in compost.  Oddly enough, composting is one of the most complete processes of recycling that exists, and it functions universally — everywhere we have a microscope and a telescope to see.  I choose to believe that God, through the compost pile, is showing us that none of the disgusting stuff that comes our way is ever without value.  And I firmly believe that only God can take the circumstances of our lives, as dark and as painful as they are sometimes, and turn them into something that will in the end only be seen to have nourished us somehow.  It may not seem like much of a blessing right now, but neither does the experience of childbirth offer much to be happy about, either — until it's over.

Hang in there; God hasn't forgotten your address, and He hasn't gone anywhere, either.  Your worst trials may be behind you, leaving you in a position to help carry some other broken soul through the fire.  Remember: nothing wasted — if you survived, you are now able to bear living testimony of that survival.  And hope will live on.