When it comes to a matter of taste, planet earth offers lots of choices:  food, clothing, music, decoration, lifestyle, landscaping, etc., etc.; the list goes on.

Right now I'm sitting on the back deck enjoying the sights and sounds brought in by all the natural elements of the Southern United States.  The turn of the season is just over the hill, and before we know it, fall will be here with its cooler temperatures.  There is a stillness in the air which has to be lived to be appreciated, so any words I might assemble here would be a waste of time.

The stillness of nature is somewhat of an illusion, because below the surface some of the most incredible math unknown to man is busily playing its music.  The osmosis and photosynthesis of nature is virtually a non-stop highway providing for myriad forms of life.  Most of us don't have the time to study out how the planet "works" — what makes it tick — we have to rely on the studies of others, and that's okay.  It's interesting, though, the things you pick up along the way and store in some corner of the mind regarding how things function in the natural world.  For instance: 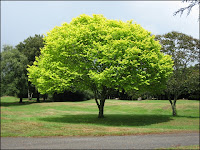 I read somewhere once that the average fully-grown tree, through the process of osmosis, will draw out of the ground and send forth into the atmosphere through its leaf system more than one-hundred gallons of water — per day!  It's easier to picture that process in some parts of the world rather than others, but that's what the brainy folks tell us.  I also once learned that oxygen is a by-product (some call it a waste product) of photosynthesis.  So I suppose we should be grateful to the green vegetation that it doesn't make a use for the oxygen through some ecologically-friendly oxygen-recycling process, since we air-breathers can't live without it.

But whatever is going on under the microscope, on the surface nature can be a very peaceful place.  But not necessarily peaceful for everyone.  Some years ago I was living in a small country community just outside London; I loved it.  But one day a young lady moved into the community from New York City and she had the hardest time settling down into the quietness that was spilling out everywhere.  I mean, outside at night you could have heard a pin drop at fifty paces; on a moonless night there was darkness like many people have never experienced, except, perhaps, those who live in North Korea (you'll have to check that out).  This young lady was most uneasy with the dark and stillness.  She had been used to a city "…that never sleeps."  There were no bright lights providing safety from some imagined threat or other.

Many years ago I was introduced to the concept of the Sabbath rest.  A day when the Creator of everything we can think of and more gave permission to His human creation to take the day off.  I'm talking about the original Saturday Sabbath rest — the one that was given at the end of the Creation week, not the more modern Christ-Resurrection Memorial Sunday.  These two days are not the same; one was given by God, the other was ordained by man.  I don't suppose God is too terribly troubled that the latter has a place on our calendar, but I imagine He is somewhat disappointed that we don't get the rest that He originally ordained.  That's a topic for another discussion.

I've wondered how the day might play out if Jesus were to one day step out of the darkness with which we have surrounded ourselves and wish to spend the day with us — individually, with me or you or whoever.  Just one day out of our lives would be spent in the presence of the Creator.  I've wondered if He would like to spend that day on some city street corner watching the hustle and bustle.  Perhaps.  If He had something to tell us He would like for us to remember, I wonder if He wouldn't take us where there are fewer distractions, namely, out into what Bible writers referred to as "the wilderness" — the countryside.  Well, I honestly imagine it would depend upon the individual in question.  Because as much as I enjoy the greenery around my home, I have been guilty many times of wandering about the place with my thoughts immersed, not in the creative glory of God, but in how I might transform that ugly area over there into something easier on the eye.  A person living in the city would likely not have that distraction.

Perhaps we'll talk about country living versus city living some other time. 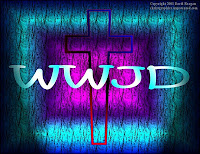 It's so much easier to discuss the concept of "What Would Jesus Do?" once you have removed the possibility of personal taste, in other words, take the "you" out of the equation.    Perhaps the slogan would better be worded as, "What Would Jesus Like Me To Do?" because there are a thousand different ways to get something done that aren't "wrong."  Hundreds of languages on the planet can use a whole different way of describing a thing or an event.  What is it about us that persistently tells us "mine" is the best way?   Isn't it interesting that 7 billion unrighteous souls can each find their own self-righteous way of behaving.  I guess you can say there are 7 billion+ ways of doing it wrong.

I believe that many things may be learned about the nature of God by observing the nature God has made.  The simplicity yet complexity of the organism of the planet is awe-inspiring, and reveals (at least it does to me) that there is very little random being played out at all.  No, I take that back; we do see a lot of random, but it's not at the level of the very big, or the very small.  The rocks strewn around and the untidy bedrooms and garages are mostly on the in-between human level, where man has a level of control.

Recently I have taken some time to learn a little more about the ecology of the planet, and right here is an excellent place to drop in a thought that lit up for me.  Visiting an arboretum gives you an opportunity to study vegetation, not ecology, since none of the plants are in their natural environments.  Visiting a church gives you an opportunity to study doctrine and religion, not God, since none of the lessons can be studied in context.  I see the head of a wiggly worm, so I'll ask Pandora to quickly shut the lid. 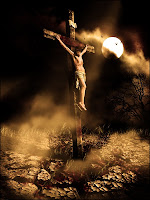 Now, all this is not to say that God is more interested in veggies than He is in Man.  Since God sacrificed for mankind the one thing that was more important to Him than anything else — His Son, shouldn't we conclude that there is nothing more important to God than Man?

What more can God do?  He made us; provides for us; sacrificed for us; is coming back for us.  Maybe we'd finally be happy if He would just move over and share with us the Throne.  Now there's a thought.

Posted by Tony Harriman at 2:06 PM